5 dead in Colorado nightclub shooting, suspect was known to police

"The motive of the crime is part of the investigation," Deputy Chief Adrian Vasquez of the Colorado Springs Police Department said. 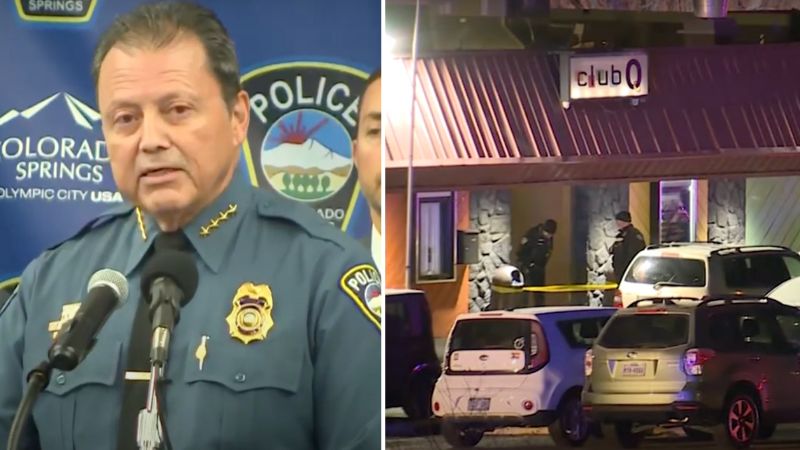 Olivia Rondeau
Nov 20, 2022 minute read
ADVERTISEMENT
ADVERTISEMENT
The suspect in the shooting that killed five at a Colorado Springs gay nightclub late Saturday night has been identified as Anderson Lee Aldrich, a 22-year-old who was also arrested in 2021 on suspicion of making bomb threats. He is now in custody, reportedly injured, after he wounded at least 17 additional club-goers.

Local police have yet to release his mugshot or possible motive for the crime that occurred at Club Q, reported CBS News.

Vasquez also noted that at least two firearms were recovered at the scene, but only confirmed that the suspect used a rifle in the shooting. According to the deputy chief, investigators are still trying to determine if the other firearm found at the club belonged to the suspect.

On the Facebook page of Colorado Springs' Club Q, the owners thanked the heroes who "ended this hate attack."

"Club Q is devastated by the senseless attack on our community. Our [prayers] and thoughts are with all the victims and their families and friends," they wrote. "We thank the quick reactions of heroic customers that subdued the gunman and ended this hate attack."

Last year, an Anderson Lee Aldrich of the same age popped up in local news reports for allegedly making serious threats towards his mother, but the police have yet to confirm if it's the same person.

In June 2021, the man was arrested after a brief standoff for threatening his mom with "a homemade bomb, multiple weapons, and ammunition," according to the Denver Post.

However, law enforcement officials said Aldrich's "interactions with law enforcement" are part of the overarching investigation, and declined to confirm if he had previous run-ins with the police.

The June 2021 incident "is all part of the investigation and will be released as appropriate," said Howard Black, spokesman for the 4th Judicial District Attorney's Office.

Stephen L. Miller, contributing editor of The Spectator, pointed out that it seemed as if the alleged nightclub shooter had been let free even after making bomb threats.

"Was out just walking around free after this I guess," Miller wrote on Twitter, while sharing a local news article from the previous incident.

Club Q's website now displays a message stating that the establishment "will be closed until further notice." On the posted schedule for the next day was an "all-ages drag brunch."