CBS' "60 Minutes" deceptively edited an interaction between DeSantis and a reporter to make it look like he had shown preference to Publix for vaccine distribution after they donated to his PAC. 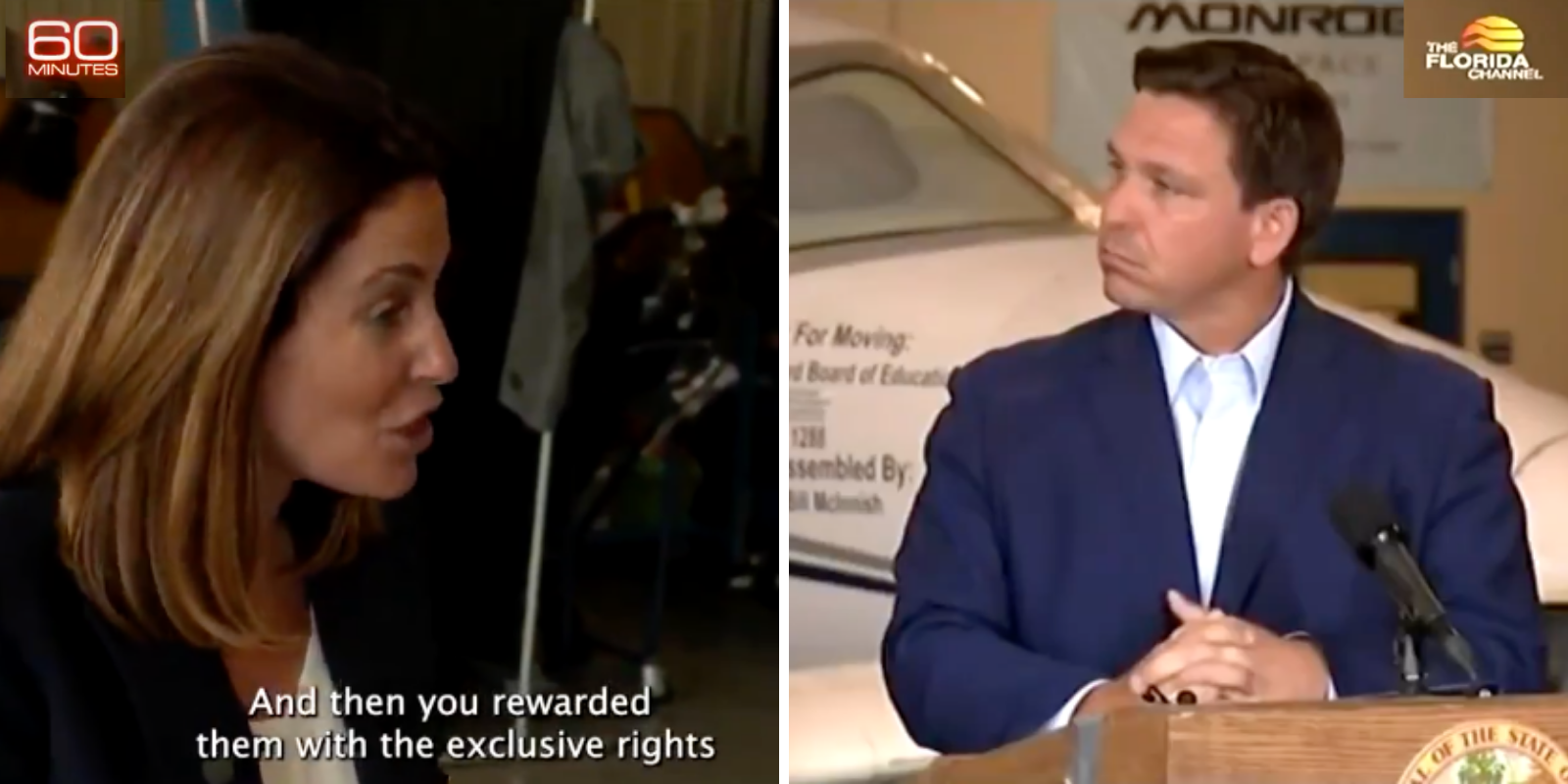 CBS' "60 Minutes" was found to have deceptively edited an interaction between Florida Governor Ron DeSantis and a reporter to make it look like he had shown preferential treatment to Publix supermarket chain for vaccine distribution contracts after they had donated to his PAC.

DeSantis called this interpretation of events a "fake narrative." The segment reported that Publix had made donations to DeSantis' PAC, and that the Governor had selected the chain for COVID-19 vaccine distribution. This appears to be a correlation, however, and not causation.

In the "60 Minutes" segment, reporter Sharyn Alfonsi can be seen at a press conference where she questioned DeSantis, but instead of then showing all of the governor's answer to her question, the meat of what he said was edited out.

Here is the full clip, versus "60 Minutes" edit of the same interaction.

In the full clip, DeSantis states that the reason the Publix supermarket chain was prioritized to give vaccines was because two pharmacies, CVS and Walgreens, were still completing their mission of vaccinating those in long term care homes. DeSantis said that when he met with local leaders in Palm Beach, they preferred the option of using Publix over more municipal-based options. The majority of seniors live less than two miles from a Publix, and the program has been a success.

In the edited version, DeSantis looks like he is evading the question and berating the reporter, because nearly the entirety of what he said has been removed from the clip.

The show reported that: "Campaign finance reports obtained by '60 Minutes' show that weeks before Florida Governor Ron DeSantis announced a partnership with Publix grocery stores to distribute the vaccine in its pharmacies, Publix donated $100,000 to his PAC." The campaign finance reports are publicly available.

Emily Brooks of the Washington Examiner noted that she "found it online in less than two minutes."

The "60 Minutes" program went on to highlight reports of "vaccine favoritism" and interviewed a Democrat state representative who claims there is no Publix within accessible distance for his constituents to efficiently receive the COVID-19 vaccine. However, he fails to discuss that Publix is a massive grocery chain with over 800 locations, as well as, the other options available for his constituents to recieve the coronavirus vaccine.

"You have lots of folks who don't have cars," said state Representative Omari Hardy (D-FL) to "60 Minutes," referring to his constituents that reside in Belle Glade, Palm Beach County where there is no Publix in the community. CVS, however, is locally available and is an option for residents to be vaccinated, which Hardy failed to mention.

Publix said in a statement to CBS that "The irresponsible suggestion that there was a connection between campaign contributions made to Governor DeSantis and our willingness to join other pharmacies in support of the state's vaccine distribution efforts is absolutely false and offensive. We are proud of our pharmacy associates for administering more than 1.5 million doses of vaccine to date and for joining other retailers in Alabama, Florida, Georgia, South Carolina, Tennessee and Virginia to do our part to help our communities emerge from the pandemic."

Jared Moskowitz, Director of the Florida Division of Emergency Management, also had harsh words for "60 Minutes," saying that other pharmacies were not ready to begin their rollout of the vaccines, and that Publix was, so they were utilized. He called the idea that Publix's participation had something to do with a pay-to-play scheme was "utter nonsense."