According to the case report, the biological male student denied touching the girl’s breasts, but admitted to being in the bathroom with her. 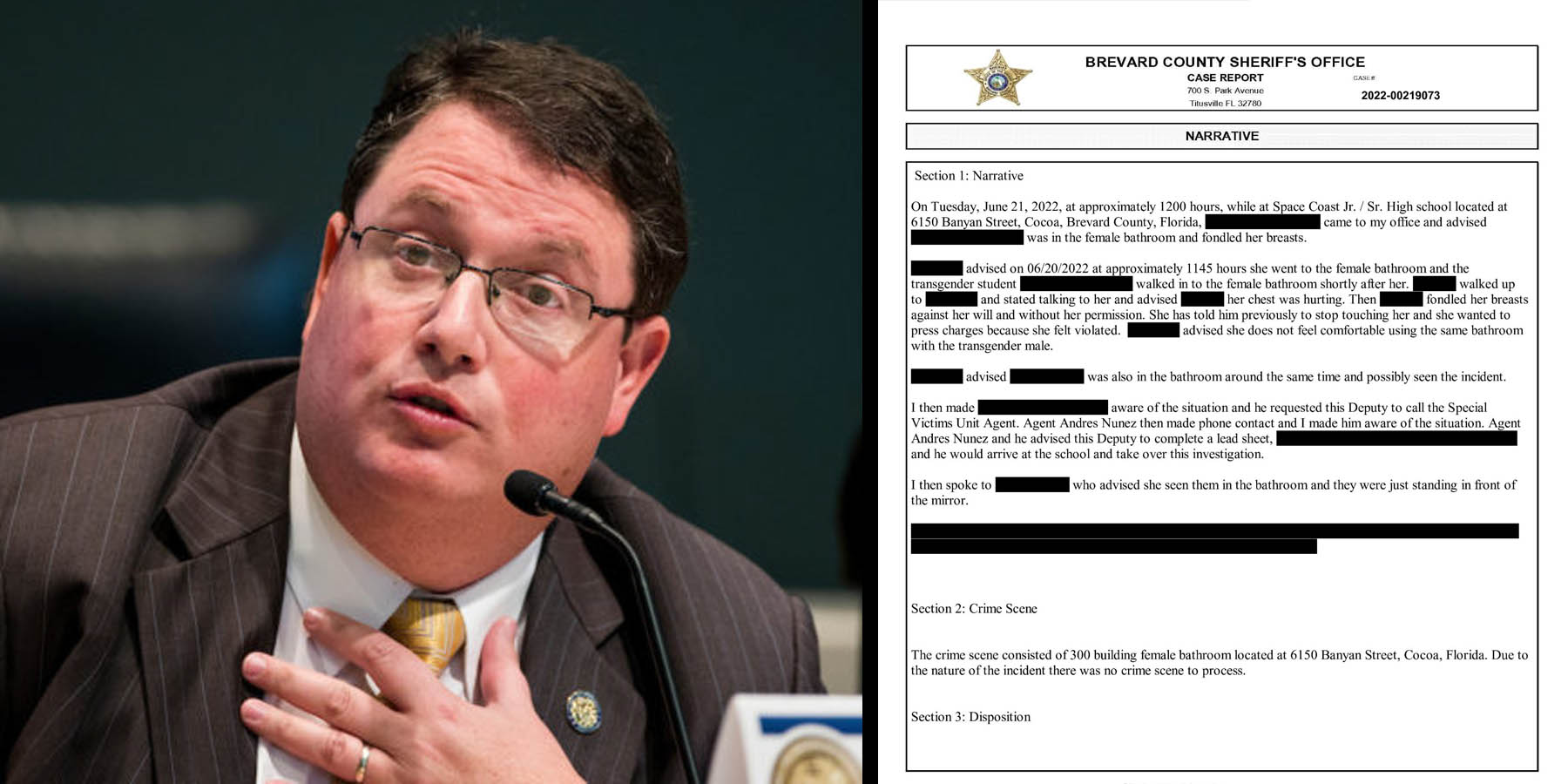 Recent allegations of a biological male sexually assaulting a girl from a Florida public school has caused the Florida Department of Education to issue an order that alerts parents if their children are forced to use bathrooms with students of the opposite sex.

In an exclusive report for the Daily Wire, Alex Lanfranconi, Director Of Communications at the Florida Department of Education, said "We find this allegation deeply disturbing and troubling. Clearly, if Brevard Public Schools had commonsense policies that separate bathrooms and locker rooms by biological sex at birth, this incident would not have been possible."

"Unfortunately, some districts choose wokeness over the safety of their students," Lanfranconi said. "The Florida Department of Education will continue to take all steps within its power to protect parental rights and student safety by developing rules that will notify parents if their children are at risk of exposure to these types of situations."

In a Facebook post on Thursday, Fine shared images from a police report, that he says is "proof there was a 'transgender' sexual assault incident this summer in Brevard Government Schools." The redacted police report indicates that a girl had told someone at the school that she was sexually assaulted by a transgender student on June 20.

"I want to be clear that I never should have had to write that letter to the Florida Department of Education. We should be able to trust Brevard Government Schools to put our children first. To not hide criminal activity that hurts our children. Brevard Government Schools should have openly and transparently addressed the concerns of these parents. But they refused, and even worse, gaslighted the public when I brought the issue to light. We should not be surprised – they believe boys should use the girls' bathroom," his post reads.

After some confusion about which particular school the alleged incident took place, Fine clarified in a phone interview with the Daily Wire, that it was Space Coast Jr./Sr. High School.

The Daily Wire reports that a spokesperson for Brevard Public Schools, Russell Bruhn, initially denied Fine’s reports, saying, "There was no attack. No victim, no witness, no parents coming forward, nothing. Rep. Fine owes our staff at Johnson Middle School an apology for making this baseless allegation."

According to the case report, the biological male student denied touching the girl’s breasts, but admitted to being in the bathroom with her. The documents made clear that officials at the school, namely Vice Principal Peter Andy Papczynski, were aware of the alleged incident as early as June.

The partially redacted Brevard County Sheriff’s office case report, says that on June 20, 2022 around noon, the biological male "transgender" student allegedly went into the girl’s bathroom at Space Coast Jr./Sr. High school and "fondled" the female student’s breasts "against her will and without her permission."

"She has told him previously to stop touching her and she wanted to press charges because she felt violated," the case report said. The female student "advised she does not feel comfortable using the same bathroom with the transgender male."