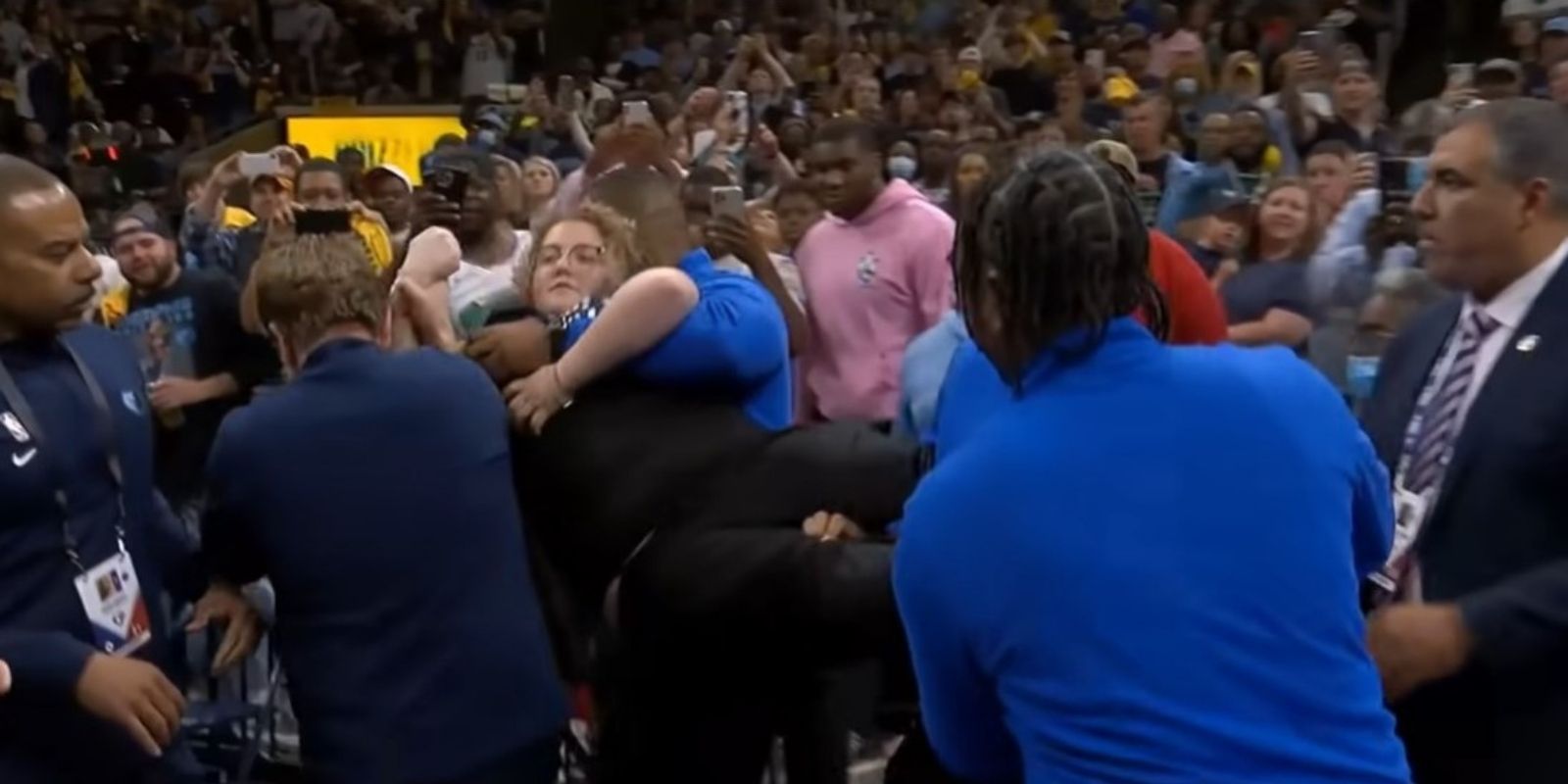 Near the end of the second quarter of Saturday night's Grizzlies vs. Timberwolves playoff game, an animal rights activist chained herself to the basket stanchion.

The protesting woman, wearing a shirt with the words "Glen Taylor Roasts Animals Alive" printed on it, threw flyers on the basketball court as well.

Fans were asked to remain seated while security worked to cut the chain. Commentators said the woman was there for a while, but security hadn't noticed. The game resumed right after she was carried out, according to CBS Sports.

The woman appeared to be affiliated with Direct Action Everywhere, an animal rights activist group with an international scope. The group's Twitter account claimed after the incident happened that the woman was associated with them.

The protester, DxE organizer Zoe Rosenberg, was taken into custody, according to the group's Saturday press release. It's unknown whether she will face charges.

Dxe was also behind another incident days before at the Target Center during the Timberwolves vs. Clippers game when a woman nicknamed "Glue Girl," wearing the same T-shirt, attempted to glue her hand on the court in the second quarter.

"The group said this protest was part on an ongoing efforts to get majority owner of the Timberwolves Glen Taylor to step down and return factory farm bailout money. Rembrandt Enterprises, a factory egg farm in Iowa owned by Taylor, saw a mass killing of chickens due to a bird flu outbreak in March," CBS Sports reported.