Another Liberal MP folds on 2019 re-election

Rusnak is not the first Liberal to call it quits just ahead of 2019. Earlier this month, Liberal MP for Whitby, Ontario Celina Caesar-Chavannes announced that she will not be seeking re-election. 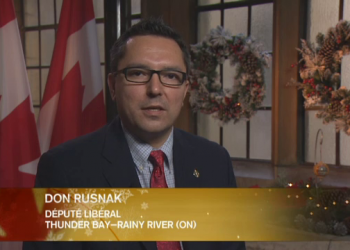 Liberal MP Don Rusnak, from Thunder Bay-Rainy River has announced that he will not be running for re-election in the October 2019 federal vote.

Rusnak announced his decision earlier today claiming family commitments were the reason behind his choice.

“Though I try to spend as much time with them as I can when I am home in  our riding, I’ve missed close to half of their young lives,” said Rusnak about his two young children.

“I want to be there more, for my young family. That’s why, after much  contemplation, I have decided to withdraw my name as a candidate for  Member of Parliament in the upcoming 2019 election. I will no longer be  running in this year’s federal election.”

Rusnak is not the first Liberal to call it quits just ahead of 2019. Earlier this month, Liberal MP for Whitby, Ontario Celina Caesar-Chavannes announced that she will not be seeking re-election.

Shortly after Caesar-Chavannes’ announcement, it was revealed that the prime minister reacted angrily to the news and stormed out of the room.