Anti-Semitic depictions have been carved into the snow on several cars in the Plateau area of Montreal, Quebec. 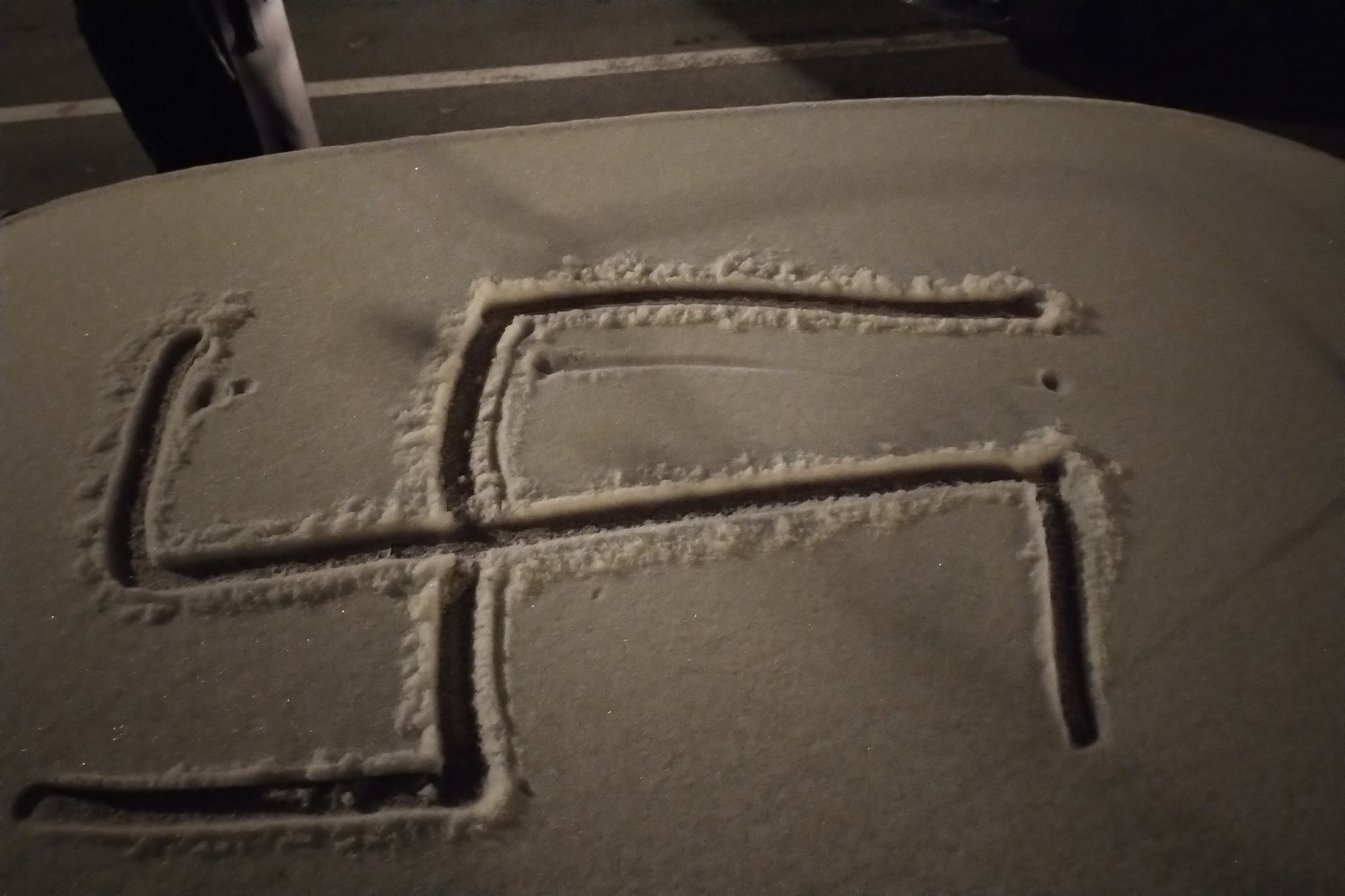 Anti-Semitic depictions have been carved into the snow on several cars in the Plateau area of Montreal, Quebec. This incident took place on rue Jeanne Mance.

Photos of the markings appeared on Twitter, showing four cars that had the Nazi swastika marked onto the windshield and roofs of the cars alongside the Jewish Star of David.

Montreal has a thriving Jewish community with a recent census showing over 90,000 members of the community living in Quebec’s largest city. The Plateau area, in particular, was where the Jewish community first settled in the early 20th century.

Statistics by the Jewish advocacy group, B’nai Brith, have shown that anti-Semitism has been on the rise across Canada. In 2018, there were a reported 2,041 incidents of Anti-Semitism, which is a 16.5 percent increase from the previous year. Of these, 11 were deemed to have been violent.