"Andy doxxes us every day, why the f-ck isn't Andy's address all over Twitter? Why isn't there a DA at his house every f-cking night?" Chase wrote on Twitter. 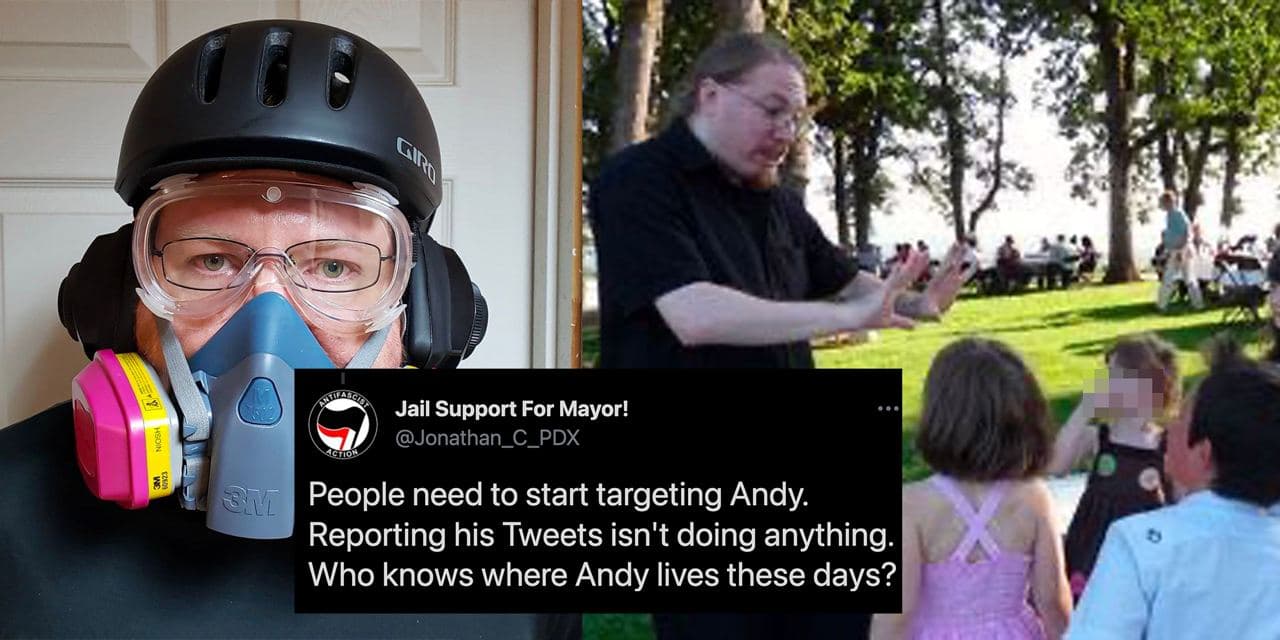 The man behind a months-long campaign to bring violence to journalist Andy Ngo at his home is a 38-year-old Portland Antifa member named Jonathan Dylan Chase, The Post Millennial can report. Chase works as a mentor for autistic youth and has been featured in a TED Talk.

On Monday, Chase, who works at the “Synergy Autism Center” in Oregon and is a private one-on-one mentor for austitic youth, used his Twitter account “@Jonathan_C_PDX” to target Ngo.

"Andy doxxes us every day, why the fuck isn't Andy's address all over Twitter? Why isn't there a DA [direct action] at his house every f—ing night?" Chase wrote on Twitter where his profile is filled with antifa symbols and propaganda.

According to Twitter's rules and policies, a user "may not threaten violence against an individual or a group of people" and "may not engage in the targeted harassment of someone, or incite other people to do so." However, Chase's targeted harassment of Ngo appears to have been left unchecked by the big tech giant as his account remains active despite repeated violations of the company's policies.

On Tuesday, Chase's obsession with threatening Ngo continued as he urged his comrades to dox the journalist's private information to the public.

"Who knows where Andy lives these days? Someone has to flip the script and dox his ass," Chase wrote on Twitter.

Another example of Chase attempting to mobilize the far-left militant group to show up at Ngo's home happened back in January when Chase asked, "Antifa riot at Andy's house starts when?"

In addition, Chase advocated for violence against Ngo in October and November of 2020 and said the planned assault would be easy to get away with since Portland Police officers "aren't doing their jobs."

"This whole thing could be done in a much easier way,” he tweeted. “The cops aren't doing their jobs anyway, so let's just drag Andy out of the basement and give him a stern talking to in the street until he's convinced to cease his evil ways," Chase wrote in October 2020.

A disturbing post by Chase from November 2020 stated: "Bob Murray is dead, time for a new foil. I second the nomination of Andy Ngo."

Ngo, TPM’s editor-at-large, has become a target of Antifa violence and threats since 2018. Following several visits by Antifa to his Portland home, he left the country. He has been assaulted by Antifa extremists on multiple occasions, with the most recent assault occurring in Portland in May. During the attack, he sought refuge in a downtown hotel. Dozens of riot police had to mobilize to push back the mob that were trying to break inside.

In addition to inciting violence and “direct action” against Ngo, Chase has expressed support for the murder of law enforcement. In response to the Daytona Beach Police Department's announcement regarding the death of police officer Jason Raynor, whose accused murderer was arrested at a black nationalist compound, Chase posted an image that said, "Good." Raynor was shot in the head on-duty and succumbed to his injuries after a two month battle in the hospital fighting for his life.

Jonathan Chase describes himself in his Twitter bio as a "musician, author, and public speaker. In 2014, Chase delivered a speech at a TedX event in Salem, Ore. titled, Music as a window into the Autistic mind.

Chase's employer has not yet responded to our request for comment.