"I figured she would follow her word. It was heartbreaking..." a protest organizer said. "It was like a slap in the face." 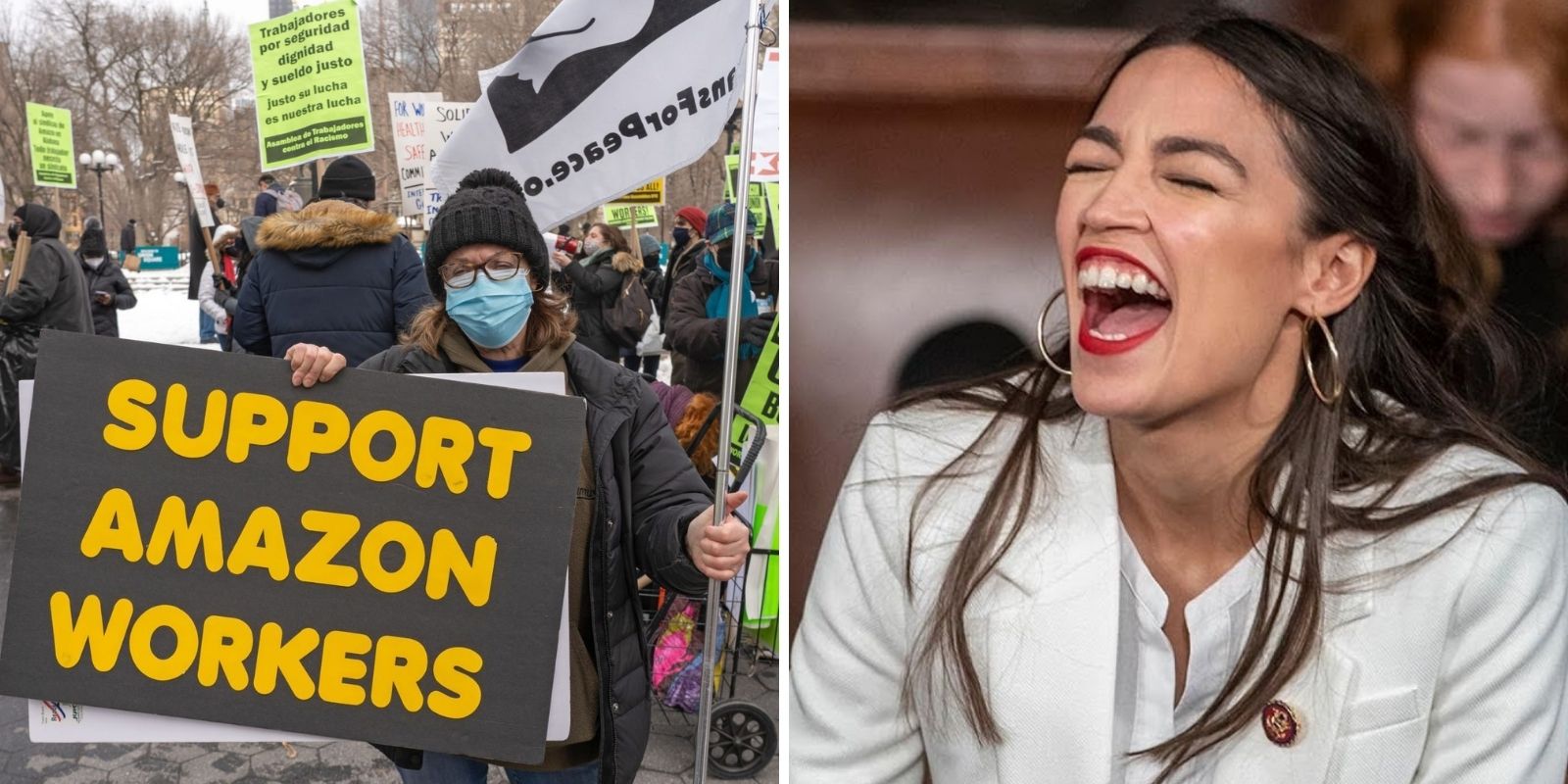 Rep. Alexandria Ocasio-Cortez (D-NY) promised a group of Amazon workers she would stand with them at a unionization protest, but dropped out at the last minute, leaving the protesters "heartbroken" and extremely disappointed in her.

"I figured she would follow her word. It was heartbreaking. I felt bad for the workers that were excited to see her. It was like a slap in the face."

According to the New York Post, protesters have agreed to not even include Ocasio-Cortez in their future plans, saying that they feel they can no longer trust her.  "After she didn't show up the first time there was no point in reaching out to her after that," said Derrick Palmer, a packer at the Amazon warehouse.

Activists from the independent Amazon Labor Union held another protest on Dec. 15, 2021, and didn't bother to invite Ocasio-Cortez this time. The congresswoman spent the holiday season sipping cocktails in the free state of Florida.

The previous rally where Ocasio-Cortez ghosted supporters was held on Aug. 11, 2021. Both rallies took place at the Amazon location in the New York City borough of Staten Island. About 50 protesters had showed up for the unionization rally in August 2021 outside the JFK8 Amazon fulfillment center in Bloomfield.

Ocasio-Cortez's office had told Smalls that she wouldn't be able to appear in Staten Island and had to cancel all upcoming planned appearances because of "threats" against her, not giving any further information at the time.

The threats appeared to have subsided in time for Ocasio-Cortez to attend the $30,000-a-ticket Met Gala a month later in the "Tax the Rich" ball gown.

Amazon workers in New York, as well as in other parts of the country, are clamoring for unionization and to improve working conditions.