Officers deployed tasers, hitting two parents. All three parents who were involved in the altercation were arrested. 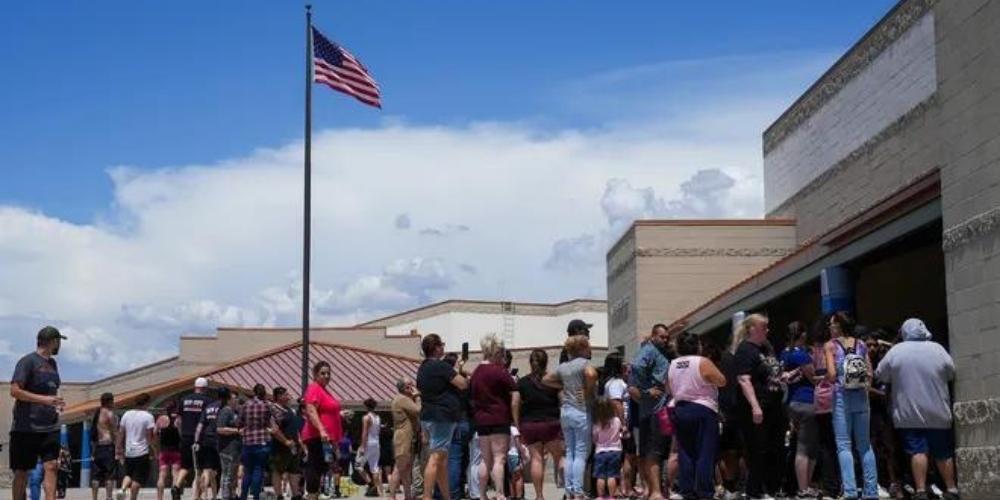 Multiple parents were tased by police on Friday after attempting to enter an El Mirage, Arizona elementary school following a report that a male with a firearm tried to enter their children's school.

Thompson Ranch elementary school implemented lockdown protocol around 10:30 am, after an unidentified armed male subject attempted to enter the school, reported The Hill.

The El Mirage Police Department said in a statement the suspect "fled from the scene in an unknown direction" as officers arrived.

"As the campus was locked down, law enforcement officers began clearing the facility for any threats," the statement continued. "During this time, a suspicious package was located. Students and staff were moved to an area away from the package, which was ultimately examined by explosives technicians and rendered safe."

According to the statement, parents began to arrive at the school with several of them attempting to "force entry into the buildings past the officers." An altercation between a father and officers began, with two other parents joining in.

Officers deployed tasers, hitting two parents. All three parents who were involved in the altercation were arrested. One parent taken into custody was in possession of a handgun, according to police.

Officers ultimately determined the campus to be clear of any hazards. All students and faculty were safe and school district protocols were effectively administered, according to the police statement.

"Law enforcement continued to search the area for the male subject who attempted to access the school," the statement continued. "That subject was ultimately located and taken into custody. He is currently being evaluated by mental health professionals, and criminal charges are pending."

El Mirage police Lt. Jimmy Chavez told reporters that one parent shot with a taser was brought to the hospital to be treated for injuries.

"We are so thankful that all students and staff are safe and that the campus remained secure. All safety protocols were followed and worked as designed. These incidents evolved quickly within a matter of minutes, and we applaud our staff and law enforcement for their prompt response, including El Mirage and Surprise police, Maricopa County Sheriff’s office and Department of Public Safety," Dysart Unified School District said in a statement.

The school district also said no one is allowed to enter or leave campus during a lockdown.

"This is done in partnership with law enforcement so they can clear each and every part of campus to ensure the safety of all students and staff. Additionally, schools are gun-free zones and it is a felony to possess a firearm on any school campus," the school district said.