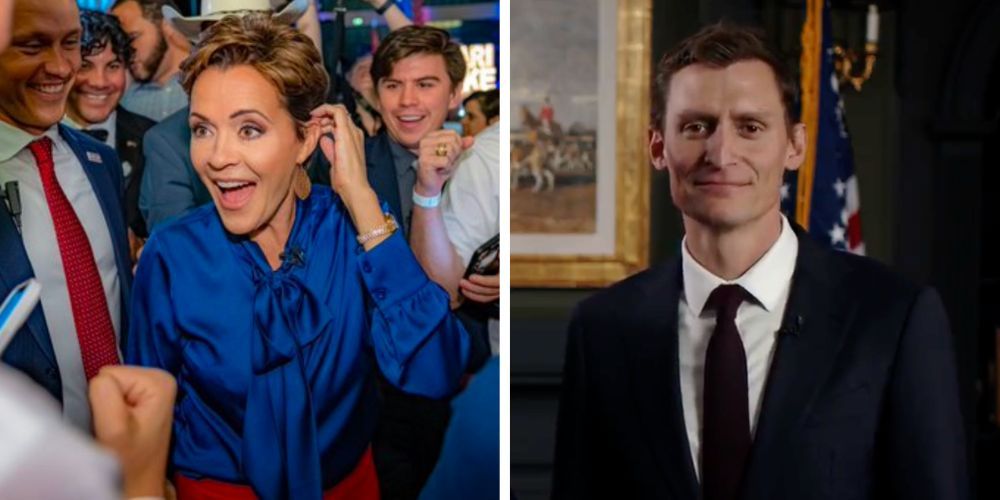 The Republican Party of Arizona seems to have set a new record for voter turnout in the state's primary election on August 2 which saw Blake Masters take the win for the upcoming Senate general election and Kari Lake win to be the GOP's pick for the governor's race.

"BREAKING RECORDS," the Republican Party of Arizona tweeted out on August 3, "@FOX10Phoenix has reported TODAY was the LARGEST TURNOUT for primary Election Day voting in Arizona HISTORY. Several votes still need to be counted."

Local ABC data analyst Garret Archer tweeted later that day, "With the total number of GOP votes in, combined with what is left outstanding it is a near certainty at this point that Republicans will smash turnout records for a primary."

According to Fox News, Republican votes outnumbered Democrat votes by 157,753 as of Thursday at 8:15 pm EST in the gubernatorial primaries. 17 percent of the vote count was still out but 660,735 ballots for Republicans had already been counted compared to 502,982 for the Democrats.

News of Lake's win wasn't confirmed until late August 4 as votes were still tallied from holdout Maricopa County. Lake had won 47.66 percent of the vote narrowly defeating Karrin Robson who garnered 44.04 percent and will now will face off against Democrat rival Katie Hobbs in November's general election.

The votes for the GOP gubernatorial primary surpassed Arizona's 2018 race by about 5,197 votes whereas 2018 was higher for Democrats with a vote total of 505,481, thousands more than their 2022 turnout.

As Fox News reports, the vote margin for Republicans over Democrats is already 7,696 votes higher than the 150,057 vote margin of the 2018 governor’s race primaries.

Similarly, of 2022 gubernatorial primary voters who voted for a candidate in the two major parties, 57 percent of the votes went for the GOP in "promising news" for Republicans in November’s upcoming general election.

The late votes were compounded by mail in voting issues from Pinal County. On election night, Arizona Republicans along with the RNC issued a joint statement slamming Pinal County, over their problems with their mail-in voting procedures and practices.

The record Republican voting turnout in Arizona comes months after Governor Doug Ducey signed legislation into law that would strengthen the state's elections.

The legislation, signed in March, required voters to prove that they are citizens of the US, as well as mandated routine updates and check of voter databases.