Don’t dress up as Prime Minister Justin Trudeau in blackface for Halloween in 2019. 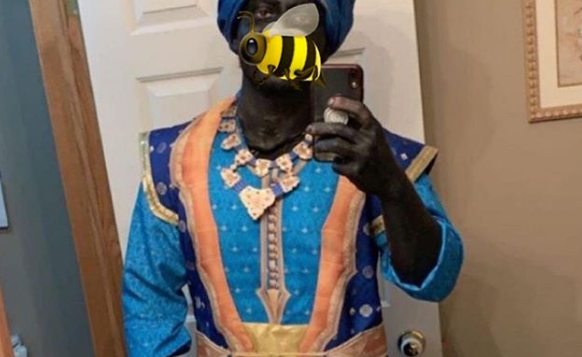 Viral Instagram account @6ixbuzztv has shared a photo of a Canadian dressed up as Prime Minister Justin Trudeau in the infamous Aladdin costume with his whole body painted black.

The photo of the unidentified man in the ill-advised costume has already been shared over 10,000 times on the social media platform.

Everday peoplekind don’t have the privilege of being the son of a famous former prime minister, as well as the PR machine and star power that comes with that.

It looks like one Canadian could’ve used the sound advice from journalist Justin Ling this Halloween season:

Ling may have reason to be concerned. This isn’t the first instance of people dressing up as blackface Trudeau. In the waning days of the election, young protestors in Ontario used the prime minister’s “enthusiasm for costumes” as an excuse to dress up in blackface themselves.

While Ling’s warning may at first seem unnecessary in 2019 after Trudeau was reelected despite wearing blackface at least three times in his past, these above examples show that it’s clearly not acceptable. Trudeau himself has expressed regret for doing it. However, some misguided, impressionable people are still going to follow PM Justin Trudeau’s lead.