On his show The War Room Bannon said, "I dare Merrick Garland to take that crap last night and try to indict Donald Trump!" 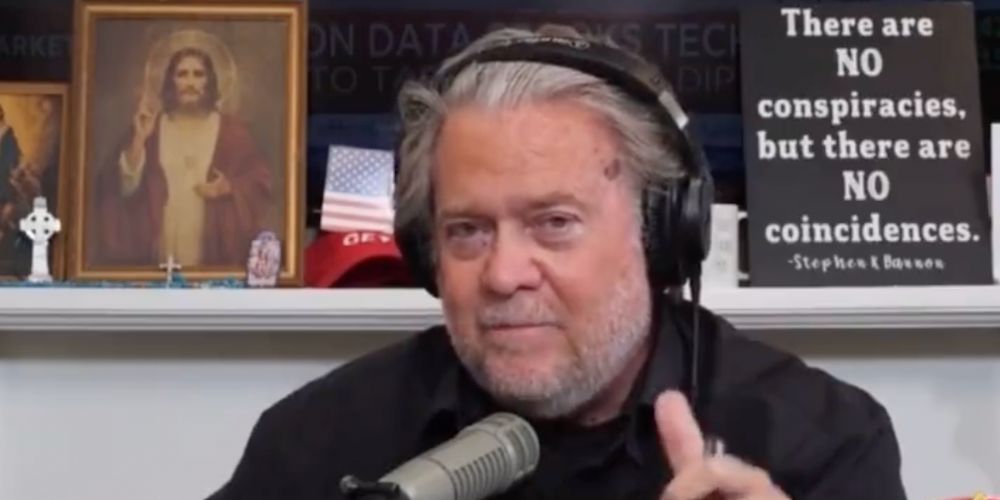 Democratic pundit and former Republican Ron Filipkowski took to Twitter today to post a clip of Steve Bannon "fuming about a criminal indictment of Trump."

The video was taken from Bannon's show The War Room on the online Real American's Voice channel.

Bannon's speculation revolve around the highly publicized Jan. 6 committee setting up a pretence to indict Trump.

On Thursday night, committee chair Bennie Thompson said "Ultimately, Donald Trump, the president of the United States, spurred a mob of domestic enemies to march down the Capitol and subvert American democracy." He also said January 6 was the culmination of an attempted coup.

Many former members of the Trump administration, such as former Attorney General Bill Barr and Ivanka Trump, have gone on the record to rebuke the claim that Trump was inciting the riot because he believed the election was rigged.

Former Chief Strategist Bannon firmly believes Trump was the true victor and said, "Trump won the presidency and he is the legitimate president of the United States and your guy's illegitimate and the American People are awakening to that."

Bannon first placed himself in direct opposition to the January 6 committee when he refused a subpoena to testify before it.

A federal grand jury indicted him in November 2021, with contempt of Congress as a consequence. As his trial is set to begin next month, Bannon has subpoenaed House Speaker Nancy Pelosi and other members of the select House Committee as part of his defense.