"If corporations decide to go woke, there must be competitors who assure that they will go broke," Shapiro said. 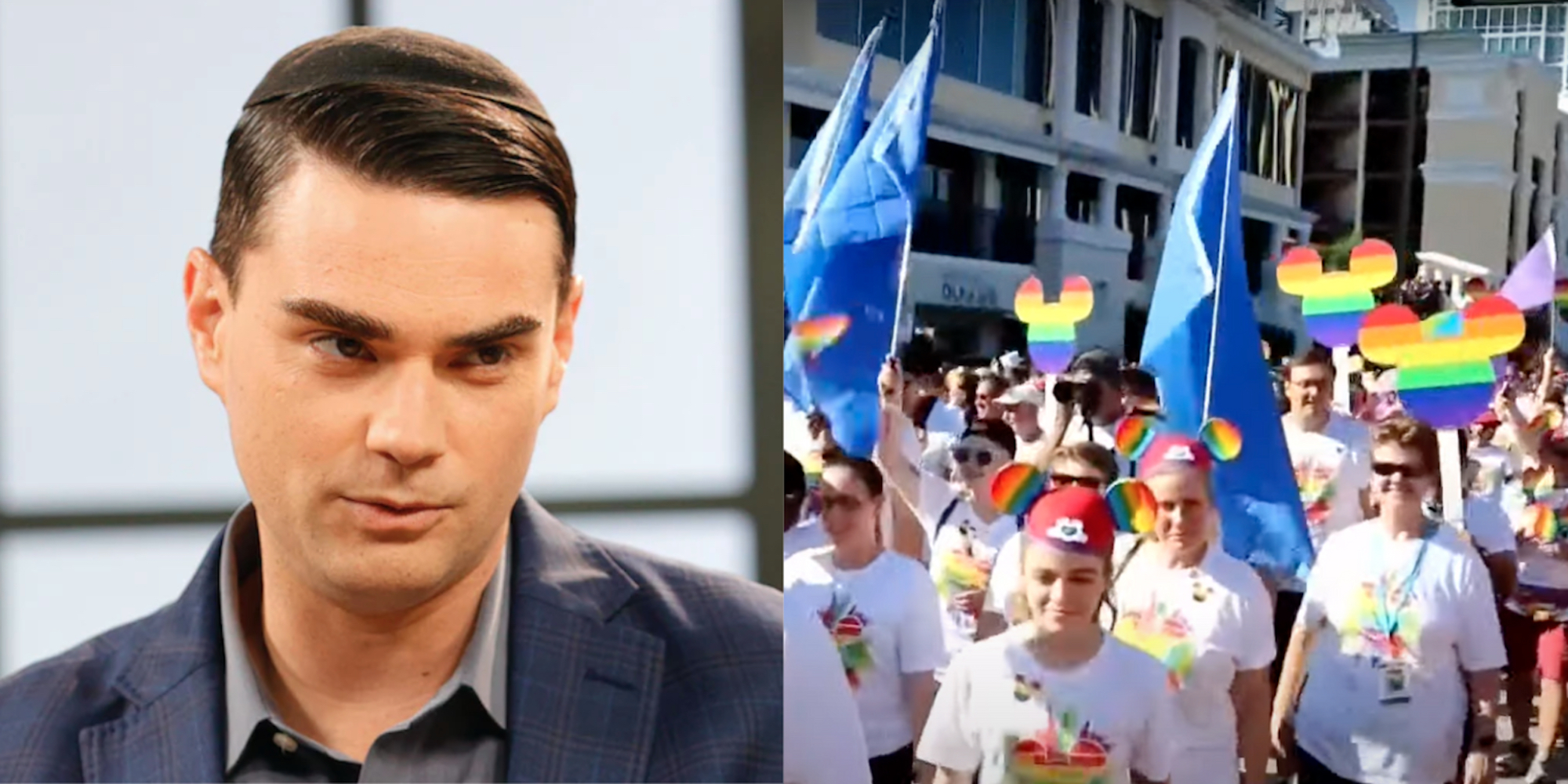 As more corporations bow to the whims of the radical left, The Daily Wire's Ben Shapiro is urging conservatives to push back and create better alternatives.

It's no secret that politics have seeped into the marketplace, with left wing activists relentlessly pressuring businesses to align with their views. Corporations, once despised by the far left, are now expected to take an official stance on the issue of the day, and are called out if they remain neutral, or god forbid, disagree with the masses.

In response, there has been a growing desire among conservatives to fight back, and create a marketplace where corporations need not be afraid of pushback from the woke mob.

In a recent op-ed, Daily Wire co-founder and editor emeritus Ben Shapiro slammed Disney for caving to pressure from the left, and pointed out that this is not an isolated incident.

"This is what left-leaning corporations do:" Shapiro wrote, "they listen to their most outraged left-wing contingent, and then parrot them. Instead of giving an answer proper to an employer besieged by employees threatening a walkout — telling the employees to get back to work or join the unemployment lines — major companies simply surrender."

He went on to lament the fact that the victims in all of this are customers, who simply want to get quality products without being indoctrinated.

Shapiro suggested that the solution to the "hijacking of major companies by the Left" is to offer alternatives, and that The Daily Wire is on the front lines of that mission.

In 2021, Harry's Razors said that after five years of partnership, it would no longer be advertising with The Daily Wire following a complaint from an anonymous Twitter user with a single digit follower count.

On Tuesday, in a much anticipated response, The Daily Wire's Jeremy Boreing announced the creation of Jeremy's Razors. The company aims to be an alternative to those who seem more preoccupied with virtue signaling than providing paying customers with quality products, as illustrated by their slogan, "Shut up and shave."

Jeremy's Razors spares no expense in poking fun at the radical left. The description for the Founders Kit, for example, states that it "identifies as the best shave kit ever assembled and its preferred pronouns are Buy/Now."

"If corporations decide to go woke, there must be competitors who assure that they will go broke," Shapiro said. "And we hope to fill that gap. We only hope others will follow our lead."