"This legislation does not address the reality that we have more income and wealth inequality today than at any time in the last hundred years," Sanders said. 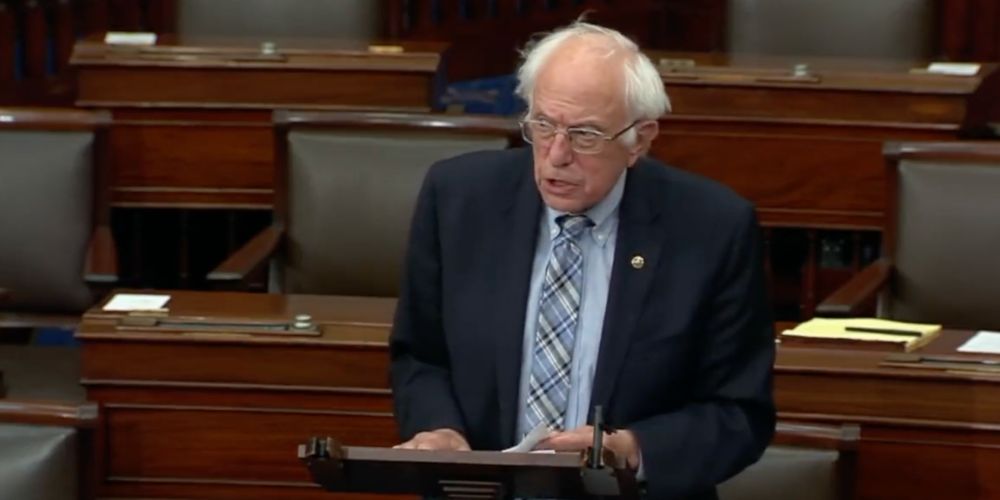 Saturday evening as the Senate continued its "vote-a-rama" procedure over the Inflation Reduction Act, Senator from Vermont and Democratic Socialist Bernie Sanders criticized the name and scope of the bill they were debating.

Addressing his fellow Congressmembers, Sanders said, "Let me take a moment to say a few words about the 'so-called' Inflation Reduction Act that we are debating this evening. And I say 'so-called' by the way, because according to the CBO and other economic organizations that have studied this bill, it will in fact have a minimal impact on inflation."

Sanders referenced a recent report by the Congressional Budget Office, which stated that the Inflation Reduction Act will not lower inflation in any meaningful way in the upcoming years, as Fox News reported.

The White House denied this claim Friday when Press Secretary Karine Jean-Pierre was asked, "Could you address the new CBO analysis about the Inflation Reduction Act that says it would have almost no impact or negligible impact on inflation in 2022 and 2023?"

"You know, leading economists have said that this Inflation Reduction Act that's been analyzed by them, that's been looked at by these economists, will indeed reduce inflation," Jean-Pierre answered.

Moody’s Analytics chief economist Mark Zandi noted that the bill would only marginally reduce the Consumer Price Index, an economic gauge on the price consumers pay for goods and services, and even that slim savings won't be seen until the later half of the decade.

"Through the middle of this decade the impact of the legislation on inflation is marginal," Zandi wrote.

Democratic Senators Joe Manchin from West Virginia and Kyrsten Sinema from Arizona were holdouts on the Inflation Reduction Act until only recently, citing various concerns such as the size of the bill and how much it would spend. On July 27, Manchin announced his support as did Sinema on August 4.

According to the Hill, Sander's complaint differs from Manchin and Sinema in that the 755 page bill isn't big enough.

"This legislation does not address the reality that we have more income and wealth inequality today than at any time in the last hundred years," Sanders said.

"This bill does nothing to address the systemic dysfunctionality of the American health care system," he claimed and insisted the bill doesn't address the country's childhood poverty rate, that it doesn't create more "affordable housing," and that it doesn't give Medicare enough power.

Of its $739 billion, $369 billion goes to climate change initiatives and $64 billion in funding goes to the Affordable Care Act. Democrats claim the size of the bill's budget will be made up by a 15 percent corporate minimum tax.  The massive spending package raises taxes for everyone except those making between $10,000 and $30,000 per year, despite Joe Biden saying he would not raise taxes on those making less than $400,000 a year.

Democrats plan to pass the legislation using budget reconciliation, which allows them to circumvent the Senate's 60-vote filibuster threshold in order to pass the bill along party lines. In that process senators are allowed to propose unlimited amendments to the bill which are negotiated in the "vote-a-rama" process.

Democrats are also awaiting the results of a review by Elizabeth MacDonough the Senate Parliamentarian, who is reviewing the legislation to make sure that it conforms to the Byrd Rule which states that reconciliation bill provisions must deal with taxes and spending and cannot be used for policy.