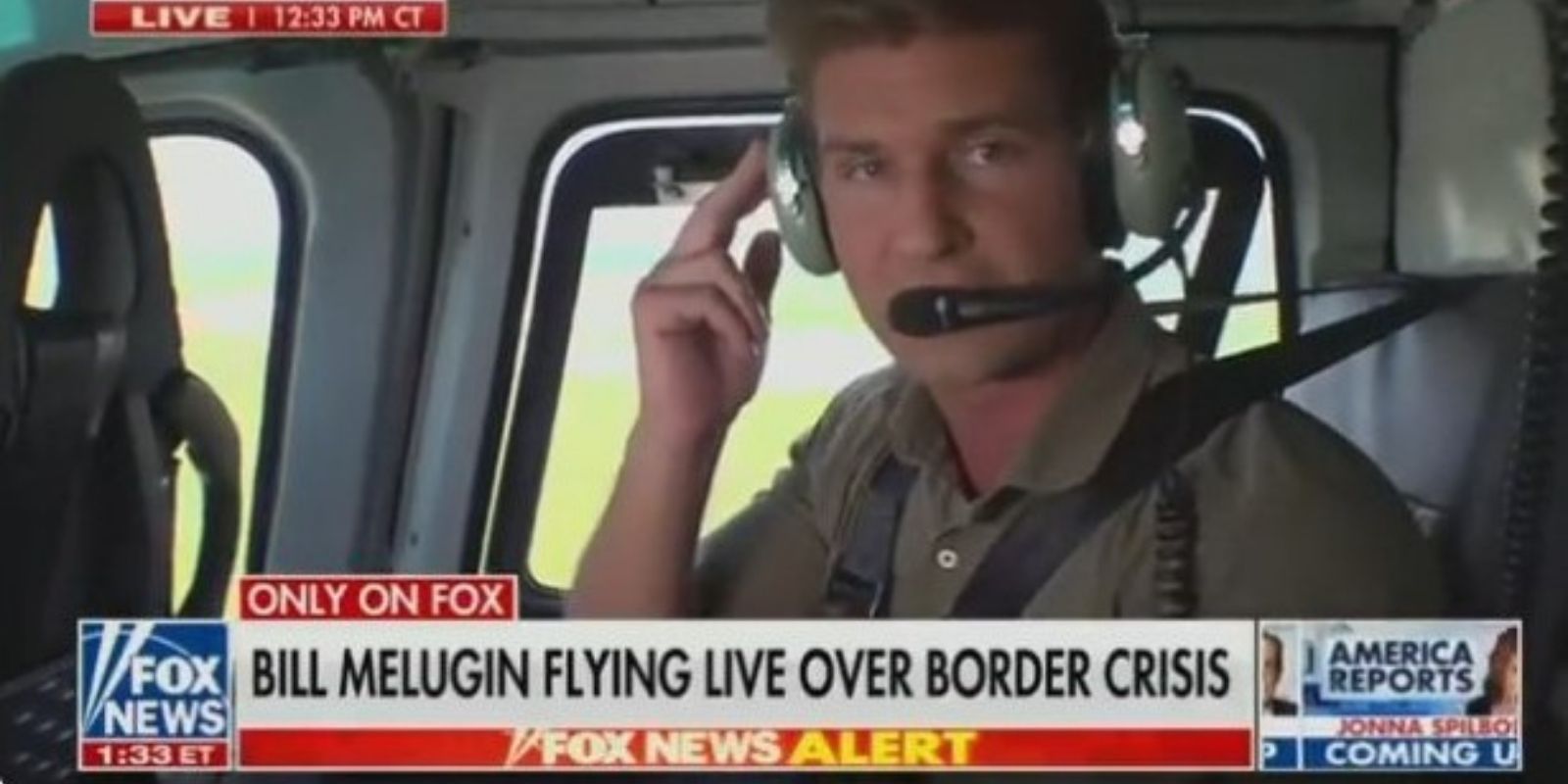 "We reported earlier that the FAA grounded our Fox News drones, we cannot fly those. Well, the troopers with Texas BPS are kind enough to let us go up in their helicopter with them to get a look at the situation at this bridge right now," said Fox News national correspondent Bill Melugin, who has been reporting on the ongoing situation in Del Rio. "This time two days ago, there were just over 4000 people. There are now upwards of 11,000. We're talking nearly a tripling of the numbers in just 48 hours or so," Melugin continued.

Footage from the helicopter shows migrants crossing the Rio Grande into the US over a dam, where "they then use a dirt path that's right below us and they stream it to the international bridge area," said Melugin.

Melugin said that thousands of people are showing up every day at the migrant camp. "The reason why they're all congregated underneath that bridge is Border Patrol doesn't have enough agents to process these folks, they're completely overwhelmed. Their holding facilities are completely over capacity," said Melugin.

Melugin noted that there is a "nonstop trail of migrants" crossing into the United States, who are allowed to freely cross back and forth between the US and Mexico because "there are no border patrol agents down there. There are no immigration agents on the Mexican side."

"Several Border Patrol sources who are on the ground working that bridge down there tell me that this situation is 'out of control.' They need help. They say there are not even in a porta-potties or food or anything down there to house all these people," Melugin stated. He noted that the group of people under the bridge are basically setting up "a larger refugee camp."

Melugin stated that Border Patrol and Del Rio sources state there are "upwards of 10,000 more migrants who are on the way right now."

"I want to thank these Texas DPS troopers, for letting us up here, get this perspective," Melugin said.

The FAA grounded Fox News drones on Thursday, citing "security reasons" for the new temporary restrictions. Melugin announced the restriction on Thursday, saying: "We've learned that the FAA just implemented a two week TFR (Temporary Flight Restriction) over the international bridge in Del Rio, TX, meaning we can no longer fly our FOX drone over it to show images of the thousands of migrants. FAA says 'special security reason.'"