Jean-Pierre, who brought the doctor Thanksgiving cookies, said that Fauci "has always led with the science, and our country is stronger and healthier because of his leadership." 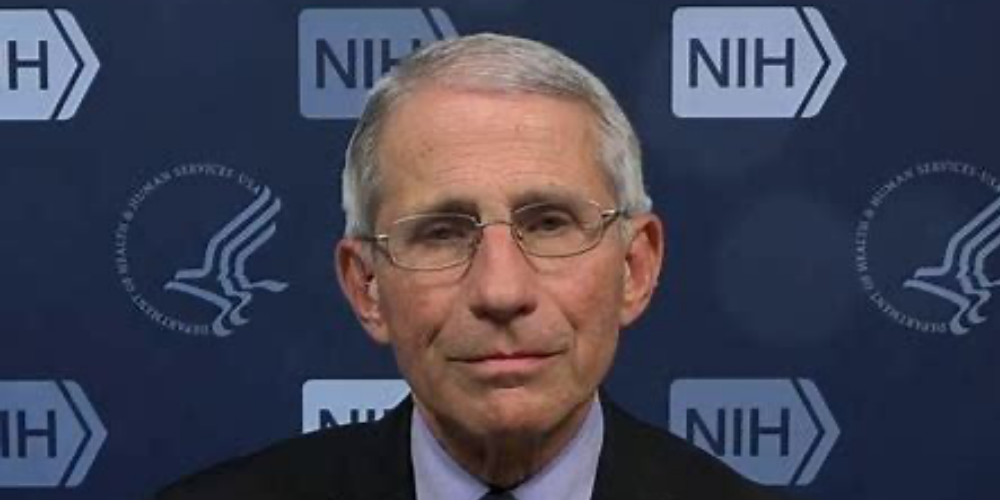 Jean-Pierre, who brought the doctor Thanksgiving cookies, said that Fauci "has always led with the science, and our country is stronger and healthier because of his leadership."

Fauci then touched on "the importance of getting an updated booster vaccine" headed into the holidays.

Fauci spoke about the "facts, evidence, and data," where he said the question of whether or not vaccines are safe should be "off the table." Fauci said the data shows that the vaccines are effective in preventing severe illness and deaths.

Fauci said that there were some "issues" that needed to be dealt with that are confusing to the American public.

"There are two issues that in some ways are unprecedented when it comes to infectious diseases, and that is; as good as the vaccine is and as good as post-infection protection is, the immunity in protection wanes over time," said Fauci, who added that those infected or vaccinated against measles, that "the duration of protection is measured at a minimum in decades, and likely for a lifetime.

"That just happens to unfortunately not be the case when you're dealing with coronavirus, and particularly SARS CoVID-2," said Fauci, who pushed the boosters.

"Next, we have the complicating issue that we can't do anything about, is that you have the emergence every several months now, historically, of variants," said Fauci.

Fauci said that there are "multiple interventions and multiple actions that we can take to protect ourselves," including masking. Fauci said that he isn't talking about mandates, but that individuals should evaluate their own risk and their family members. He said that everyone should be vaccinated by this point. Fauci promoted testing as a tool before meeting with family members.

"Masking is important, but you can count vaccine, testing, boosting." as tools to protect oneself. Fauci said that those who wear a mask should not feel guilty and that they look "terrific."

Fauci predicted that the country would likely see a continued lowering of cases and deaths as time goes on, but said that this could happen sooner with boosters. "We're gonna get there with less suffering," he said.
ADVERTISEMENT
ADVERTISEMENT
fauci