Biden and Trudeau talk democracy, climate change, and Jan 6 ahead of Summit of the Americas

President Biden and Prime Minister Trudeau sat down together on Thursday ahead of their upcoming meeting at the Summit of the America's in Los Angeles. 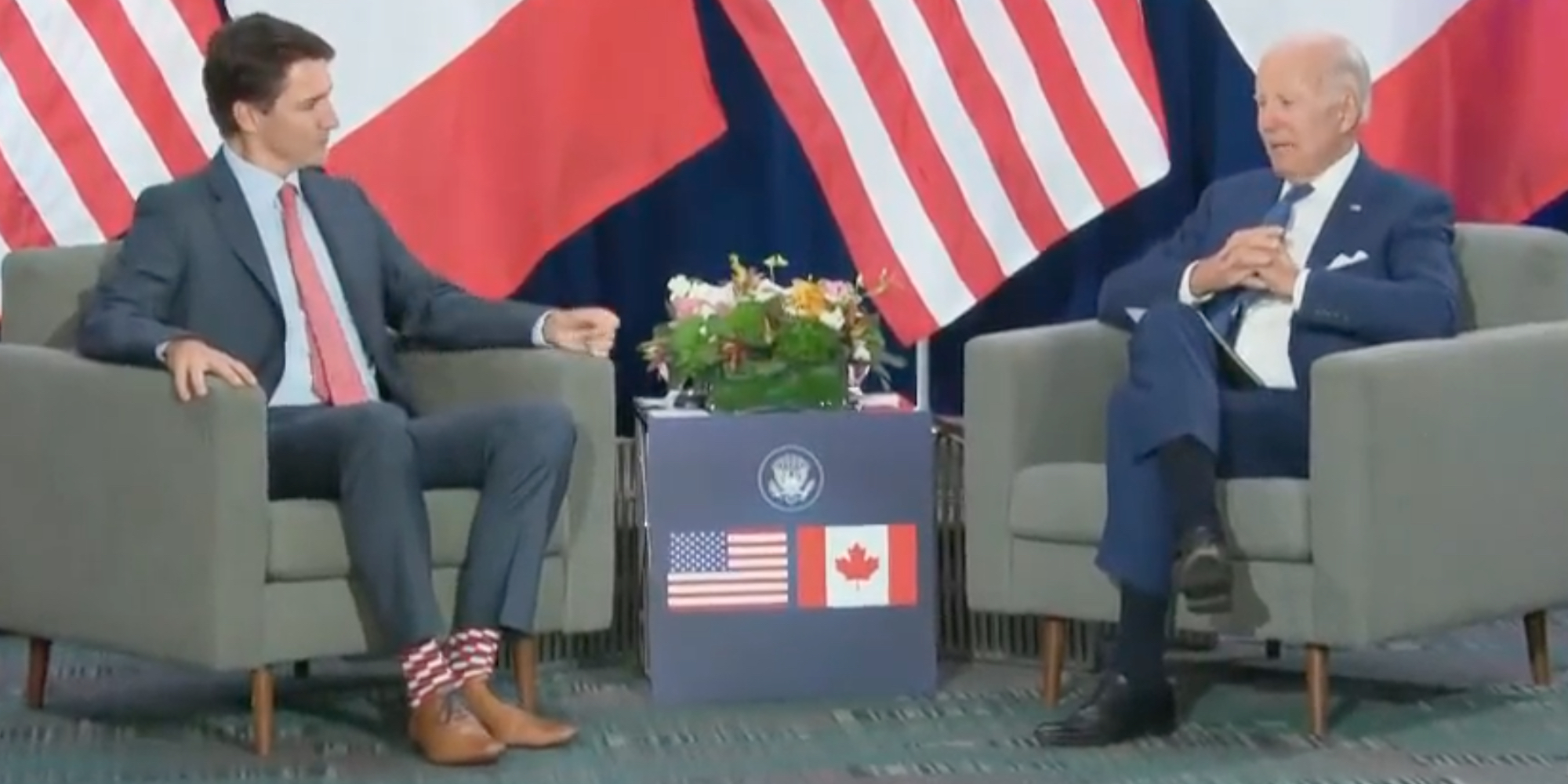 President Joe Biden and Prime Minister Justin Trudeau sat down together on Thursday ahead of their upcoming meeting at the Summit of the America's in Los Angeles.

During the brief interaction with reporters, the two leaders talked about democracy and the threats it faces around the world, as well as the January 6 riots, and climate change.

"Let me start by saying we have no better friend in the whole world than Canada," Biden began, also calling Trudeau "a good personal friend."

"One of the things that's gonna occupy my country tonight," Biden continued, "is the first open hearings on January the 6th. As I said when it was occurring, and subsequently, I think it was a clear, flagrant violation of the Constitution. I think these guys ... broke the law, trying to turn around the result of an election."

"Now the question is who's responsible and who's involved," Biden said, adding that he "won't make a judgement on that."

"You and I have a lot to talk about," he told Trudeau, shifting the focus to the upcoming Summit of the America's in Los Angeles.

"I think we both share the same sense that the possibilities for our hemisphere are unlimited," Biden said, pointing out that it's "the most democratic hemisphere in the world." He suggested that from Canada to Argentina, the Americas should work together to become a more democratic, prosperous place for all who live here.

"The friendship between Canada and the United States is deep," Trudeau said, reminding everyone that they share the only "truly binational command to protect our homelands" in the world.

"It is extraordinarily important to be there for each other and to be there for our allies around the world," the Prime Minister continued, shifting his focus to democracy.

He urged leaders to share western values around the world "to make the case that democracy is not just fairer, but it's also better for citizens in terms of putting food on the table, putting futures in front of them."

"Canada is deeply and supportive of everything we're doing as a west on being there against Russia's illegal invasion of Ukraine," Trudeau added, "and we're also dealing with real challenges around climate around the world."

Trudeau concluded by noting that the main goal of the summit is to "create prosperity" by creating good jobs and countering the rising the cost of living.

The ninth Summit of the Americas ends June 10.