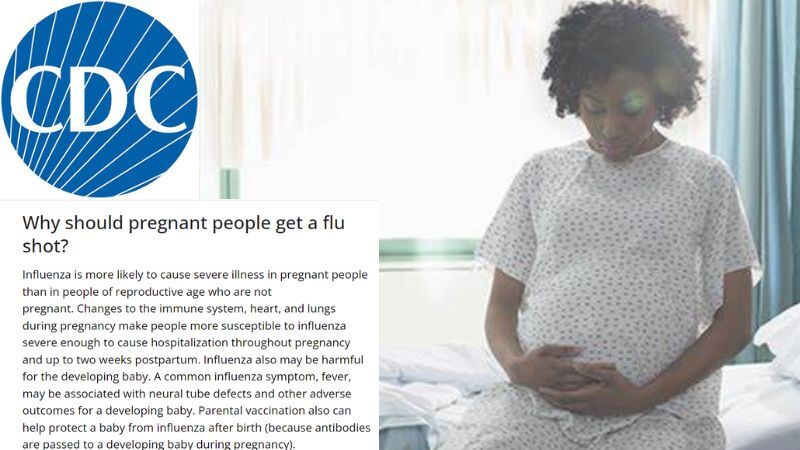 The US Centers for Disease Control (CDC) has removed the word woman from sections of its safety guidance on flu vaccines during pregnancy.

According to the Daily Mail, gendered terms such as woman, women, mother and she/her pronouns were all erased from the Q & A section of the Flu Vaccine Safety and Pregnancy page in August of last year. The words were replaced with gender-neutral language such as “pregnant people” and the gender-neutral pronoun “their.”


However, the words woman and mother still appear in other sections of the CDC website, such as the Vaccines During Pregnancy FAQ page.

“Influenza is more likely to cause severe illness in pregnant people,” says the CDC. “Flu shots given during pregnancy help protect the ‘pregnant parent’ and the baby from flu.”

“There is no logical scientific reason to say this,” Dr Jane Orient, executive director of the Association of American Physicians and Surgeons told the Daily Mail. “It is clearly a political move. If you don’t have a uterus and you don’t have ovaries then you can’t be pregnant.”

“There is a medical risk in misrepresenting in a physiological situation,” continued Orient. “A person who claims to be a man but has female organs needs to have those parts of their body treated appropriately.”

Those advocating for the use of gender-neutral language in the healthcare setting argue that the intention is to ensure that everyone feels included.

So for example because a tiny number of females who identify as men may become pregnant, the word woman should be removed from maternity care to include them.

But feminist campaigners have suggested that the so-called inclusive language only appears to go one way. Ovarian cancer apparently now affects “people” not women, but prostate cancer still affects men.

Healthline referred to “men” and “vulva-owners” last year on its HPV information pages.

Meanwhile, MedicineNet.com kept the definition of male as “the sex that produces spermatozoa” but redefined female as being a complicated mix of chromosomal anomalies and gender identity.

This has led some to speculate that this new inclusive language is not so much about being inclusive of everybody and more about ensuring that the word woman is never used in a way that excludes males who identify as women, while at the same time not reminding those males of their biology.