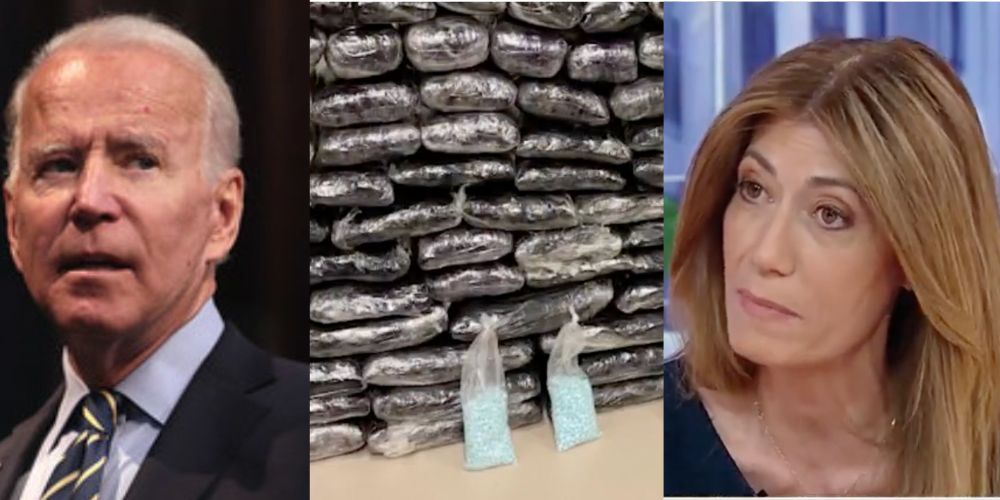 The head of the US Drug Enforcement Administration, Anne Milgram, said Friday that Mexico needed to make better efforts to stop the flow of Fentanyl into the United States.

Milgram appeared on Fox's "America's Newsroom" and told co-host Bill Hemmer, "We know that the vast, vast majority" of Fentanyl was coming from Mexico where it is "synthesized openly," she said, "they know it's happening, we know it's happening and they need to work to stop it."

Since Biden took office the country has seen an unprecedented flow of illegal immigrants crossing the southern border. In one record jaunt, over half a million immigrants crossed into the United States’ from Mexico in a 10-week window concluding on May 15.

Across multiple tragedies due to human trafficking, the Administration has done little to curb the flux of the fentanyl being brought with mules and hidden amongst the scores crossing from Mexico into America illegally.

As Biden's border crisis worsened, by January of this year, Border Patrol reported an 1,066 percent increase in fentanyl seized in South Texas. Those smuggling the drug across the border have tried hiding it in a variety of unusual places, ranging from burritos to internal cavities.

Milgram also pointed the blame to China and said, "The chemicals are coming from China. They're then made in Mexico, and they're made openly throughout the country, and — just to sort of put a fine point on this — last year, we seized 20 million fake pills and 15,000 pounds of fentanyl." She put it another way and said, "That's 440 million potential lethal doses" of the opioid.

Milgram mentioned the Sinaloa and Jalisco New Generation Cartel Mexican drug cartels for playing a role in the fentanyl distribution as well, "These two cartels essentially are working from China," she said, "where they're purchasing these chemicals that they're using now to make into fentanyl and methamphetamine. These are not plant-based drugs anymore. It is a different and deadlier drug threat than we have ever seen in our country."

Milgram concluded with a warning about the "shapeshifter" nature of how kids are getting hooked on the drug. "[The cartels] are intentionally trying to trick [your children] into buying something that they believe is an OxyContin, is a Percocet, and it's not," Milgram said. "It's fentanyl, and one pill can kill, one use can kill. And we see this every single day."