Either Judge Jackson is ignorant of who the Black Hebrew Israelites are, or she is lying. 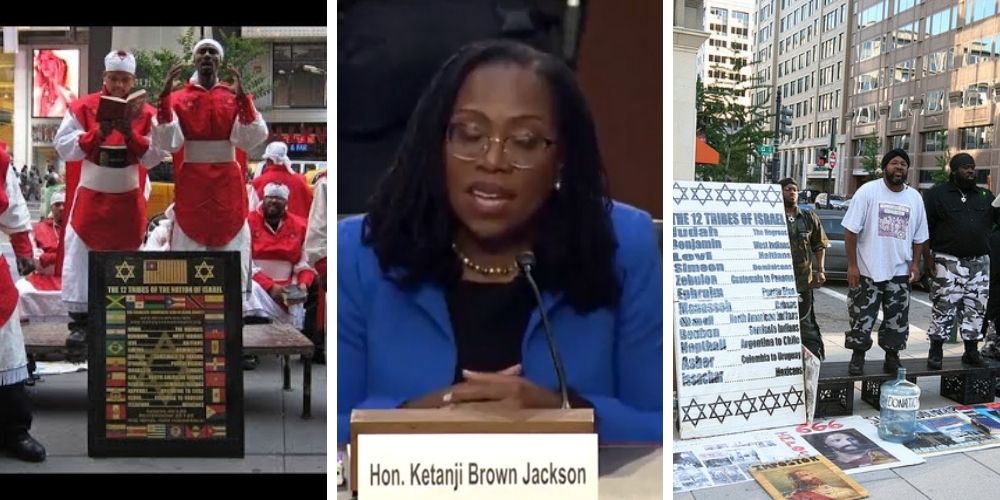 On Wednesday, during her Senate confirmation hearing, Judge Ketanji Brown Jackson was asked about a case regarding a group of Black Hebrew Israelites.

She added, "They have created a restaurant and a series of restaurants here in the Washington, DC area with menus involving really, I'm told, terrific vegan foods."

As I walked past wearing my yarmulka, they would hurl antisemitic slurs at me and scream that I wasn’t a real Jew, because they claim to be the real chosen people, one of the lost tribes of Israel. Most Jewish students in New York have their own similar stories. They hurl anti-white, anti-Asian, homophobic slurs and more at anyone who catches their eye. But our experiences with them were nothing compared to others.

In December of 2019, David N. Anderson, 47,  and Francine Graham, 50 entered a kosher grocery store in Jersey City and began shooting, killing six including a police officer. It is believed that the pair mistakenly entered the store, having intended to attack a Jewish school next door.

Anderson was shot and killed by responding officers. An investigation in the aftermath of the tragedy found that he was a Black Hebrew Israelite and had posted anti-Semitic and anti-police diatribes on social media.

Later that month, Grafton E. Thomas, 37, another Black Hebrew Israelite entered a synagogue with a machete in Monsey, NY during a Hannukah celebration and attacked, injuring five and killing one. Law enforcement found journals in his home filled with antisemitism including materials about Adolf Hitler, Nazis and drawings of a swastika. They were also filled with writings linking him to the Black Hebrew Israelites.

Ironically, Thomas’ arrest as well as others for antisemitic attacks in New York that month, were the focal point of discussion when several of the suspects were released as a result of New York’s bail reform law.

The group’s crimes have not just been targeted at Jews. On June 30, 1974, Alberta Williams King, mother of Dr. Martin Luther King Jr. was shot and killed by Marcus Wayne Chenault, a 23-year-old black man who had was a Black Hebrew Israelite.

These are just a few of the more high-profile attacks in the group's violent history. The Anti-Defamation League said about the group, "Some, but not all, are outspoken anti-Semites and racists."

Former Grand Wizard of the Ku Klux Klan Tom Metzger told the  Southern Poverty Law Center "They're the black counterparts of us."