Microsoft co-founder Bill Gates said that all of the rich countries in the world should only eat synthetic beef, in an effort to combat climate change. 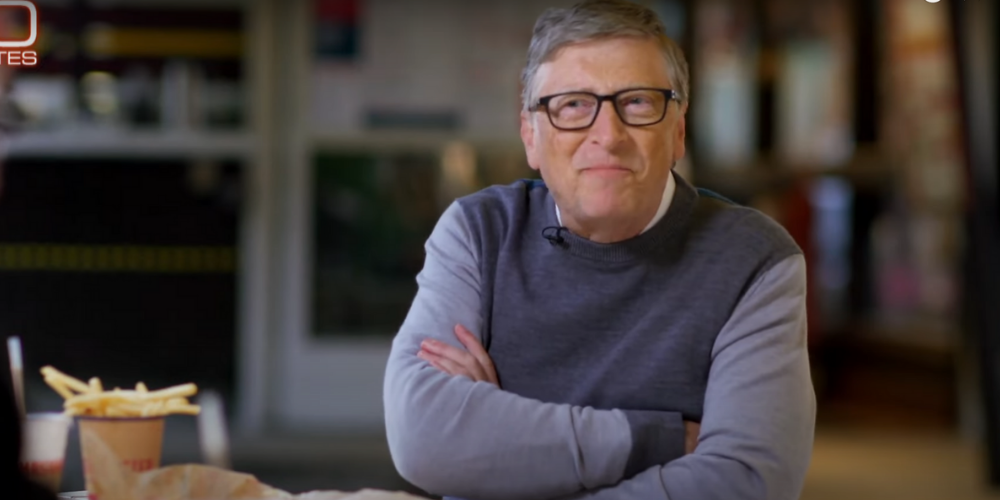 Microsoft co-founder Bill Gates said that all of the rich countries in the world should only eat synthetic beef, in an effort to combat climate change, during an interview with the MIT Technology Review.

Gates discussed how the "food sector" could be improved to assist with the fight against climate change, explaining how transitioning to fully synthetic beef is imperative for first world nations to achieve.

"Do you think plant-based and lab-grown meats could be the full solution to the protein problem globally, even in poor nations? Or do you think it’s going to be some fraction because of the things you’re talking about, the cultural love of a hamburger and the way livestock is so central to economies around the world?" the interviewer asked.

"And as part of the [Bill and Melinda Gates] Foundation’s work, we’re taking the benefit of the African livestock, which means they can survive in heat, and crossing in the monstrous productivity both on the meat side and the milk side of the elite US beef lines," he continued.

Gates said that middle-high income nations could make the supposedly needed switch to meat substitutes, adding that they will eventually taste better or you can get used to the taste.

"So no, I don’t think the poorest 80 countries will be eating synthetic meat,” he added. “I do think all rich countries should move to 100% synthetic beef. You can get used to the taste difference, and the claim is they’re going to make it taste even better over time. Eventually, that green premium is modest enough that you can sort of change the [behavior of] people or use regulation to totally shift the demand. So for meat in the middle-income-and-above countries, I do think it’s possible."

Gates explained the difficulty with certain regulations mandating that distributors be upfront about what the beef-like product is composed of.

"But it’s one of those ones where, wow, you have to track it every year and see, and the politics [are challenging]. There are all these bills that say it’s got to be called, basically, lab garbage to be sold. They don’t want us to use the beef label," he said.