Binx the cat reunited with his family after Surfside condo collapse

Amidst the tragedy of the Champlain Towers condo collapse in Surfside, FL, a black cat named Binx was found alive and reunited with his family after 16 days. 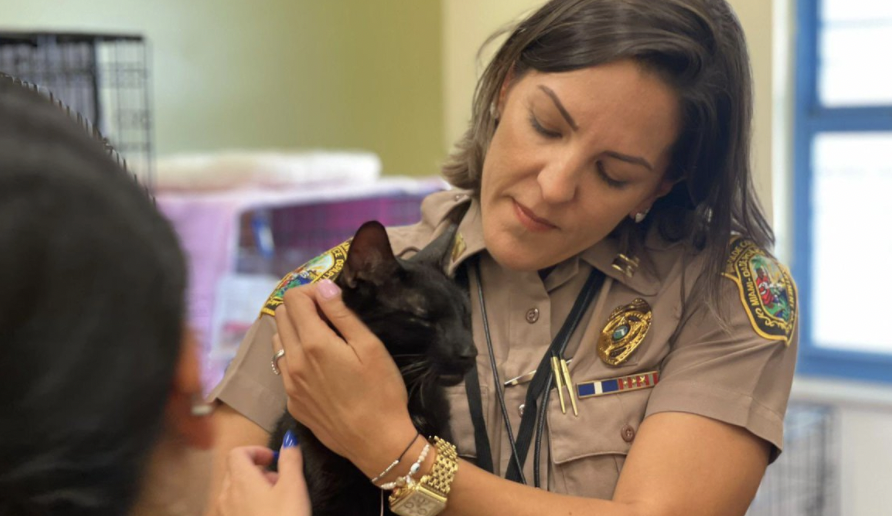 Amidst the tragedy of the Champlain Towers condo collapse in Surfside, FL, a black cat named Binx was found alive and reunited with his family after 16 days, according to 7 News Miami.

Binx belongs to the Gonzales family. Angela and her 16-year-old daughter Deven were seriously injured by the building's collapse, while husband and father Edgar Gonzales remains missing. Angela and Edgar's other daughter Tayler was not home at the time.

According to a family member, paramedics said the Angela and Deven should not be alive following the condo's collapse.

Maria Gaspari, an animal advocate and friend of Binx's owners, said “In the middle of this sadness, we were hoping for good news either for any survivors or any pet. As you may know, pets are family, and this is a miracle.”

A post by cat rescuer Gina Nicole Vlasek on Facebook says Binx was found near the rubble of the building, and taken to a nearby shelter by FEMA.

"All we needed was a ray of hope in this tragedy... Today was one of the most amazing days.. one of the survivors came to see the cat and to determine if it was her families cat and IT WAS!" the post reads. "We are so grateful to be able to help in any small way," Vlasek said.

Mayor Daniella Levine Cava said "I'm glad that this small miracle could bring some light into the lives of a hurting family today and provide a brght spot for our whole community in the midst of this terrible tragedy."

At least 79 people have died from the collapse, with dozens more still missing.