BLM is not an equal rights movement

The BLM political organization has issued a platform of destructive and nonsensical demands that have no associated course of action other than the destruction of American society. 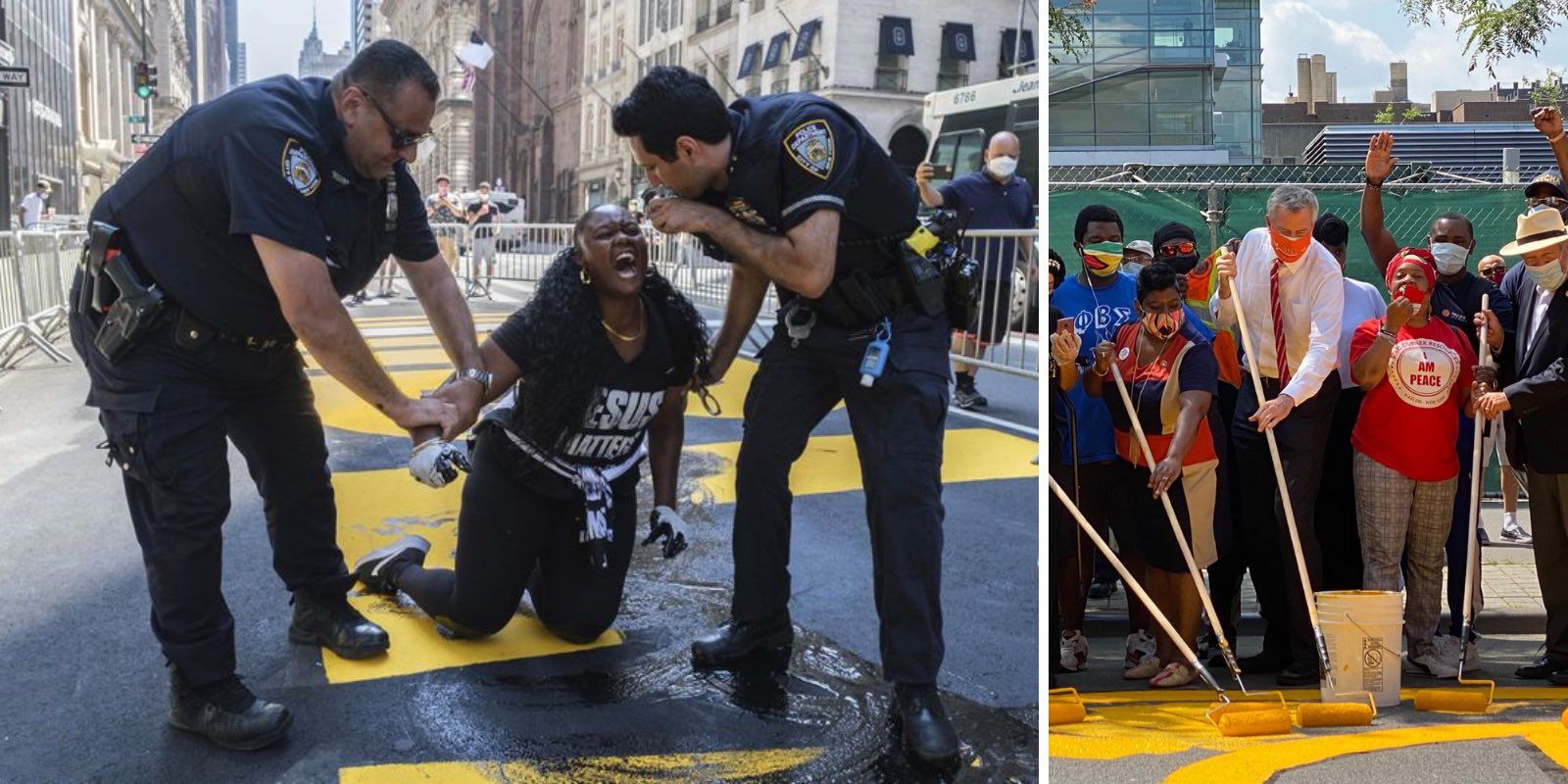 If you criticize this political party you can be charged with a hate crime. The political party is Black Lives Matter, and their messaging has been so effective that any lack of support is seen as hateful and racist. But in American civic discourse, it is unacceptable for a political party to have the power to compel people to agree with it simply to secure their own safety.

The movement that began to bring attention to and to stop the unlawful killing of black people in America at the hands of police has since taken up additional causes that have far reaching implications into social and political life, and are outside the realm of police brutality altogether.

The murals that have sprung up in letters as big as life on streets across the country are not about a movement to engender safe interactions between black people and police, but are advertising for the BLM political party.

The slogan itself is one anyone can get behind, the slogan, something of a mantra, easily chantable, is not the summation of the movement. BLM is a political party that is seeking to control the conversation around their platform by using coercion disguised as a call for compassion. But this is not a call to compassionate and anti-racist action, it is a demand to support a political party with a very specific set of radical demands or else suffer the social consequences of being labelled a racist or white supremacist.

Additionally, activists will protest, vandalize, destroy public and private property, and commit violent acts, all while claiming that these actions are peaceful. Indeed, mainstream media has capitulated to this free speech narrative, while when anti-lockdown protestors demanded their rights—to speech, assembly, and religion—they were derided as hateful and stupid.

The argument of BLM comes from the tenets of critical race theory, which states that racism is so much a part of the American systems of democracy and liberty that they must be dismantled, and democracy along with it. They are opposed to the idea that racism is an illogical concept held to be true by individuals who need to change their way of thinking and feeling about perceived racial differences. Just as the party demands that Americans see their current governmental structure as inherently, impossibly, unequivocally racist, it proffers a new model of governmental organization, one founded in a mob rule mentality.

Anyone who disagrees with BLM is considered to be a bad person. This is how they are securing so many supporters and followers, who wish simply to not be thought of as bad people, so they jump on board rather than face the wrath of these extremist activists. Corporations give money to the cause, allow their employees to make political statements at work so long as they are pro-BLM, and are still vilified by activists.

The Black Lives Matter political organization has issued a platform of destructive and nonsensical demands that have no associated course of action other than the destruction of American society. It requires the destruction of public property, the removal of elected leaders through non-democratic means, the abolishment of police, opposition to Israel, and a giving over of public discourse entirely to the issue of race and racism.

The petition circulating on social media states: "Enough is enough. Our pain, our cries, and our need to be seen and heard resonate throughout this entire country. We demand acknowledgment and accountability for the devaluation and dehumanization of Black life at the hands of the police. We call for radical, sustainable solutions that affirm the prosperity of Black lives."

In conclusion it reads: "We call for an end to the systemic racism that allows this culture of corruption to go unchecked and our lives to be taken. We call for a national defunding of police. We demand investment in our communities and the resources to ensure Black people not only survive, but thrive."

This is an ask for redress of emotional grievances, accompanied by a shift in taxpayer dollars. It is not a call for civil rights, or equality under the law. Instead, it is a political platform that intends to use compassionate messaging to bend people to its cause.

The demand for acknowledgement and affirmation is not something that can be met with policy measures. It is an emotional ask, that Americans across partisan lines feel solidarity with this cause. That is not a reasonable perspective, and has no recourse under law. That has not stopped municipalities from trying to comply, in the form of turning streets into massive message boards for this political party, and allowing protestors and rioters to occupy and vandalize city centres to their hearts’ content.

The withdrawal of police from cities has resulted in more black lives lost, not at the hands of police, but by criminal actors who use the absence of law enforcement to brazenly execute people. There has been a drastic uptick in crime, aside from the lawless riots, in our American cities. In New York those who were kept in check by law enforcement are now free to slash children randomly, mug women in broad daylight.

BLM asks for investment and funding to go to black communities. What is interesting, however, is that the cities that activists are occupying, burning, and tearing asunder are Democrat led cities. They are governed by leaders who routinely pour money into poor communities, increase public amenities, increase taxes on the wealthy to fund it, and work hard to find ways to integrate, elevate, and help black communities thrive. These measures are clearly not enough for BLM, but they’re not offering any solutions other than a barrage of emotional messaging.

There has been investment in housing, both public and in terms of removing the barriers to home ownership. There has been investment into education, in terms of traditional models of academic achievement, as well as job training and charter schools. There have been public set aside programs for public contracts, and when it turned out that there were not enough minority companies to meet these set-asides, investment was made in, for example, helping black women become construction managers so that they could bid on city jobs.

What BLM is seeking is not equal treatment, but special treatment, and they’re not looking for it simply from public policy, but from each American who must acquiesce to the party or suffer insults. Agreeing with the BLM platform does not equate to being anti-racist; disagreement does not equate to racism. It is a political party, a political movement. Believing that black lives matter and backing BLM do not have to be the same thing. Black lives matter, but BLM uses its messaging as emotional cudgel to coerce Americans into supporting a political party with an agenda of inequality, in service, as are all political parties, to its own ideology.