Miller said that the change in voting came from negotiations made since yesterday evening’s vote. 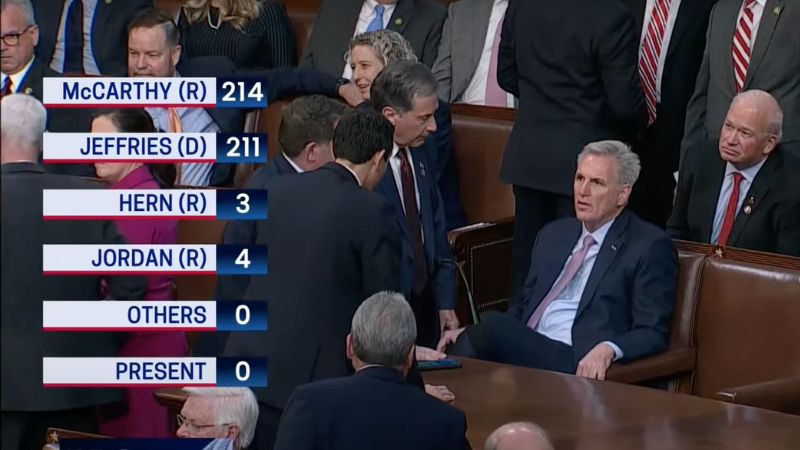 During a 12th round of voting on Friday, 13 GOP representatives that had previously withheld their support from Rep. Kevin McCarthy cast their vote in support. Despite this, McCarthy did not reach the threshold required, and a 13th vote will be held.


Rep. Victoria Spartz voted for McCarthy in the 12th round of voting, after previously voting "present" for a number of rounds.

Miller said that the change in voting came from negotiations made since yesterday evening’s vote. "Based on negotiations, McCarthy," she said as she cast her vote.

Rep Andy Biggs, Matt Gaetz, Bob Good, and Andy Harris voted for Jordan. Reps. Boebert, Eli Crane, and Matt Rosendale voted for Hern. A senior House staffer told The Post Millennial on Thursday that there would be seven holdouts from voting for McCarthy.

Rep. Perry posted to Twitter regarding his decision change:

Rep.-elect Luna also released a statement regarding her decision:

The 12th round of votes garnered 213 votes for McCarthy, 211 for Hakeem Jeffries, Jordan received 4, and Hern received 3.