Antifa members were seen in attendance at the protest dressed in black bloc, pushing barricades that were set up around city hall. 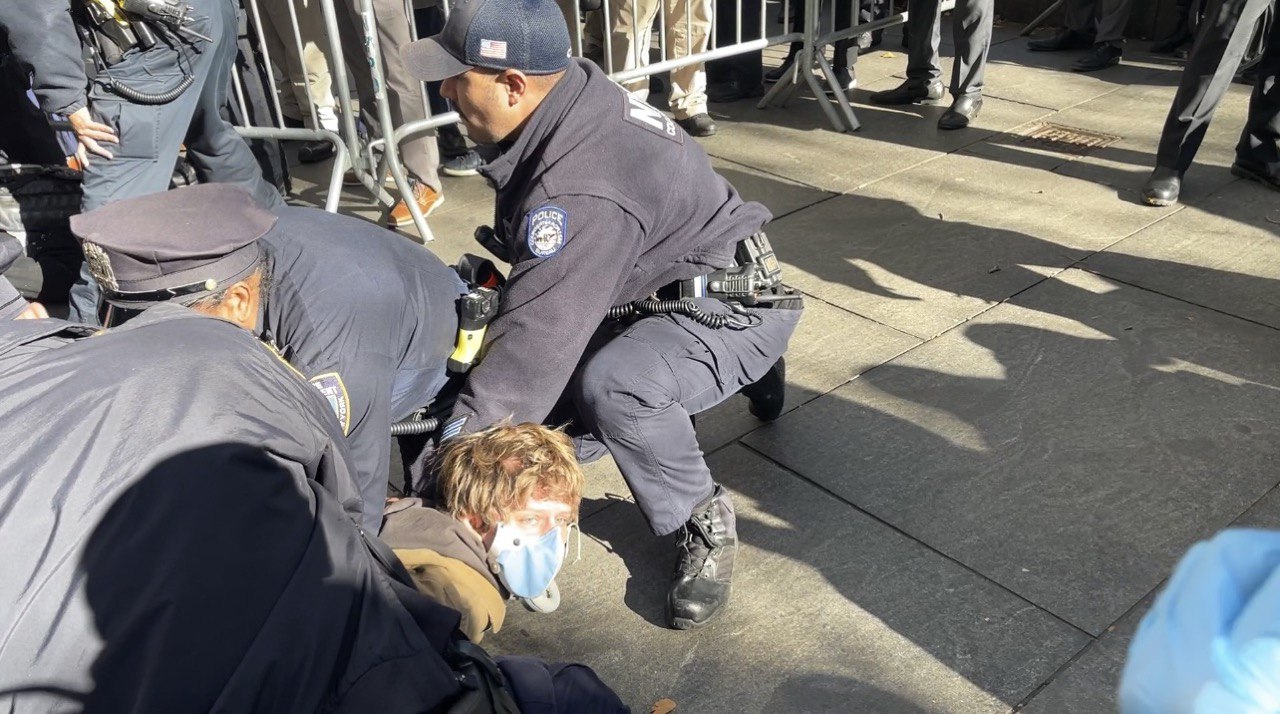 During Monday’s last stop of Kellie-Jay Keen’s Let Women Speak tour in New York City, multiple arrests were made as protestors turned violent and attempted to breach the barricade set up to protect speakers at the event. Keen herself was prevented from attending by police, who said they wouldn't risk their men to get her to the front of the crowd.

Antifa members were seen in attendance at the protest dressed in black bloc, pushing barricades that were set up around city hall. The Post Millennial's Libby Emmons was on hand to document the protest. Trans rights activists screamed that the women were fascists and Nazis for their belief that biological sex is real.

One woman recording from city hall before the event said,  "They have been pushing back the barricade. They have shoved, attacked, pushed, pulled, I’ve been assaulted several times already this morning. There was an arrest earlier, someone tried to broach the barrier."

According to the New York Post, at least seven people were arrested at what they called a "gay rights rally." It was, however, a women's rights event.

"The arrests were made as pro- and anti-gay rights protesters clashed at the event around 1 pm," the article stated, not noting that the event was actually for women speaking up about biological men in women’s spaces, and the medicalized gender transitions being performed on children.

One woman is heard in the background shouting for the police not to "hurt" the man attempting to breach the barricade, saying "don’t you put your hands on him like that again."

A number of protests were made, with some protestors being tackled to the group by NYPD officers.

Outside of City Hall, NYPD officers made an announcement that protestors who did not disperse would be arrested for blocking the flow of pedestrian traffic.


Protestors on the other side of the barricade were heard shouting "hey hey, ho ho, these f*cking TERFs have got to go," making noise with whistles, bells, drums, and alarms.

A protestor was seen shouting at Let Women speak attendees, saying, "I have a f*cking pussy. Am I still a cis woman to you? I have a hairy chest." The person later added, "do you even think of other trans people that aren't just trans women? You f*cking idiots."

Speaking in a video posted to YouTube, Keen told her listeners that when she attempted to move through the crowd into the event that she organized, a police officer told her that they wouldn’t be risking their officers to get Keen through the crowd of protestors.

"So there is no New York event for me, that’s it," Keen said.

As chaos ensued in the crowd, speakers at the event attempted to tell their stories.


Democrat Maud Maron, who ran to represent New York District 10 in the House, told the crowd, "men are men and women are women. You can’t change sex."


Another woman told the crowd, "You will never be a woman, carry life inside of me. I bleed, but you can never do that. You do not bring life into this world."


The protests in New York City come after Parks Police in Washington, DC arrested one protestor after their group sounded loud alarms to disturb the event. In Tacoma, Washington, numerous attendees were assaulted, and a stop in Portland, Oregon was canceled after threats of violence from local Antifa.