Biden did not address concerns that it may be unfair to those who sacrificed to pay off their student loans to forgive the loans of people who did not. 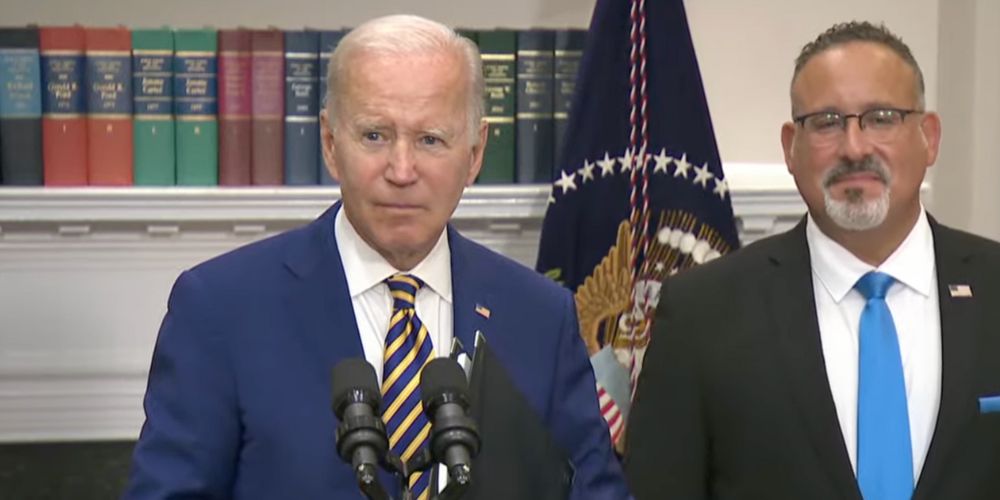 On Wednesday, President Joe Biden formally announced the cancellation of $10,000 of student loan debt per borrower, and stressed the importance of higher education despite skyrocketing tuition costs. He did not address lowering tuition costs, or that it may be unfair to borrowers who paid their loans despite difficulties, and without forgiveness.

"Here's what my administration is gonna do. Provide more breathing room for people so they are less burdened by student debt. And quite frankly, to fix the system itself, which we came in, we both acknowledgement broken," said Biden.

Biden stressed three key factors in his plan to reduce the burden of students debt.

"First, we've made incredible progress advancing America's economic recovery. We've wound down pandemic relief programs like the ones on unemployment insurance and small businesses. It's time we do the same thing for student loans. Student loan payment pause is going to end. it's going to end December — I am extending it to December 31 2022. and it's going to end at that time," Biden said.

"It’s time for payments to resume," he said.

"Second, my campaign for president, I made a commitment. I made a comeback that we provide student debt relief. And I'm honoring that commitment today. Using the authority Congress granted the Department of Education, we will forgive $10,000 in outstanding federal student loans. In addition, students who come from low income families, which allowed them to qualify to receive a Pell Grant will have their debt reduced to $20,000," said Biden.

"Both of these targeted actions are for families who need it the most, working and middle class people hit especially hard during the pandemic, making under $125,000 a year. You make more than that you don't qualify. No high income individual or high income household, on top of the 5 percent — in the top 5 percent of incomes by the way, will benefit from this action period," Biden continued.

Biden said that around 90 percent of those that would qualify for the relief make under $75,000 per year.

He stressed that 95 percent of borrowers would benefit from these actions. And of the 43 million borrowers that would have debt cancelled, roughly 60 percent of those, 27 million people, are Pell Grant borrowers.

"Here's the deal. The cost of education beyond high school has gone up significantly. The total cost to attend a public four year university has tripled, nearly tripled in 40 years, tripled. Instead of properly funding public colleges, many states have cut back their support," Biden said.

In his third point, Biden said that his administration would be fixing the student loan program system itself.

Students would have their payments capped at 5 percent of their discretionary income for loan payments, down from 10 percent.

He also said that after 20 years, a borrower’s payment obligation would be reached, and no further payment would be required.

Biden also said that his administration would be fixing the Public Service Loan Forgiveness Program, which encourages graduates to pursue public service in exchange for forgiven loans.

These fields include teaching, law enforcement, charity work, and military service, and those that serve in these positions and make loan payments for 10 years would have the remainder of their balance forgiven.

"A great idea but the program's a mess, and so inefficient and complicated too many people just give up," said Biden.

Towards the end of his speech, Biden conceded that many may not be happy with his plans, with it either being too much or too little action.

"I understand that everyone — not everything I'm announcing today is gonna make everybody happy. Something is too much. I find it interesting how some of my Republican friends have voted for those tax cuts and others think that we shouldn't be helping these folks. Something is too little, but I believe my plan is responsible and fair," said Biden.

After concluding his speech, Biden only addressed one question from the press regarding whether he had advanced notice of the FBI raid of Mar-a-Lago. Questions regarding the fairness of the student loan debt cancellation for those who had repaid their loans already were not answered.