BREAKING: Biden falls off bicycle in front of crowd of onlookers

Biden, who had been slowly riding towards a crowd of onlookers, stopped to greet the crowd and began to tip—and then fall—onto the concrete below. 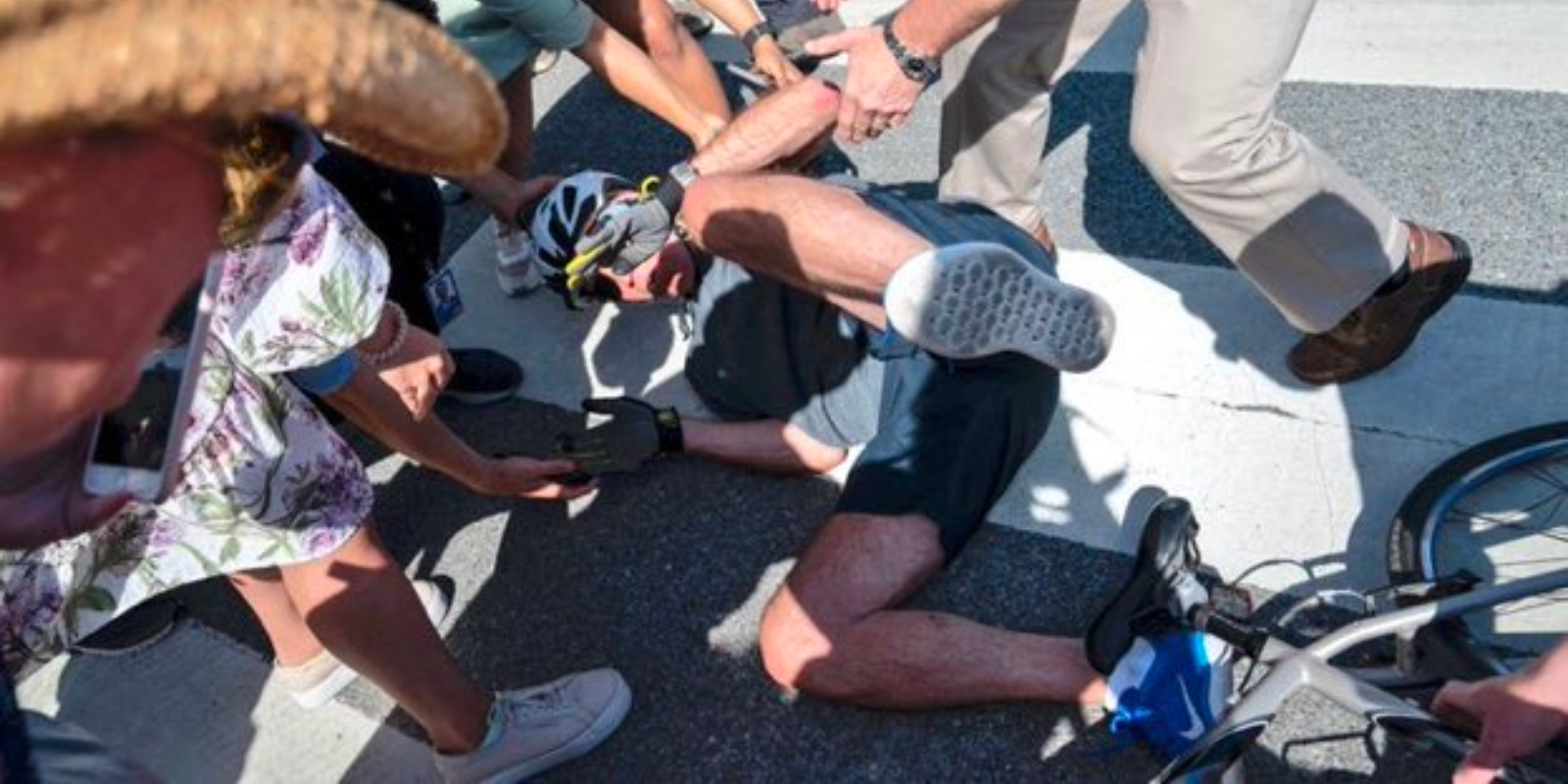 Joe Biden hit the pavement on Saturday morning causing a bike ride in Rehoboth, Delaware to come to an abrupt end. Biden, who had been slowly riding towards a crowd of onlookers, stopped to greet the crowd and began to tip—and then fall—onto the concrete below.

From multiple recordings at the scene, Biden appeared to have sustained a hit to his shoulder. Several people rushed to his help, and his head was protected by a bike helmet. The White House later stated the president was fine and would be spending the rest of the day with his family.

Human Events Daily's Jack Posobiec poked fun at the tumble and Biden's recent obsession with blaming the current state of the US economy on Putin, saying "He's gonna blame Putin for the bike isn't he?"

The incident highlights a concern for the health of Biden, and his physical ability to carry out his time in office. In March of last year, Biden faced a whirlwind of speculation about his stamina and health when he tumbled up a flight of stairs while boarding Air Force One.

Biden has stated previously that he has every intention of carrying the Democratic nomination. Last week, White House Press Secretary Karine Jean-Pierre stated that Biden wants to run for re-election in 2024.

Late last year, he told ABC News that if he could maintain the physical condition he had now, he would be there. “If I’m in the health I’m in now, if I’m in good health, then in fact, I would run again,” Biden said.

In November of last year, a poll produced by Fox News found that a majority of respondents thought that Biden’s age was inhibiting his role as the leader of the free world. 53% of participants said they believed Biden’s age “is interfering with his ability to serve effectively as president.” 40% said they did not believe that was the case, and an additional 7% said they didn’t know.