BREAKING: Biden unable to answer questions about border, hands off crisis to Kamala

In her new role, Harris will be the point person on immigration, will lead negotiations with national leaders of Mexico and other Central American nations. 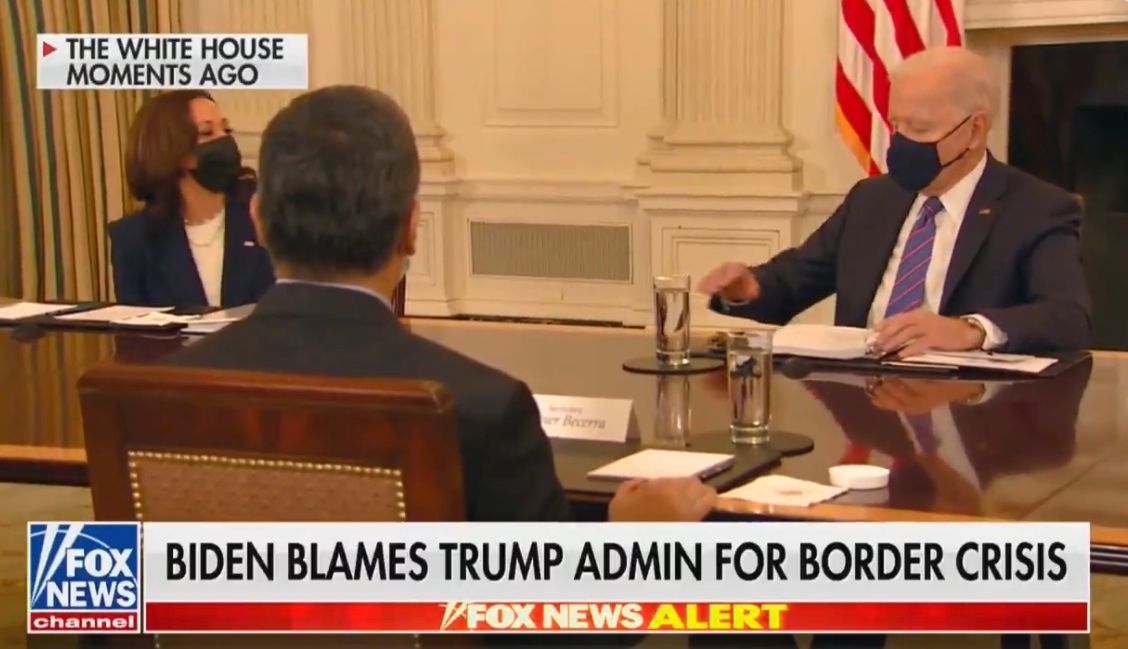 President Joe Biden has reportedly handed off oversight of the crisis at the US-Mexico border to Vice President Kamala Harris. In her new role, she will be the point person on immigration, will lead negotiations with national leaders of Mexico and other Central American nations.

In a meeting in the Oval Office, Harris thanked the president for his confidence in her leadership. The president was then asked a number of questions about the border by reporters, but he stared blankly at them as they were ushered from the room by aides.

A senior White House official confirmed that this is the strategy of the Biden administration. Biden, who has not confirmed just when he would take a visit to the border, now likely will not have to go himself, since he's handed off his responsibilities to his second in command.

"Biden has said over and over again, 'The person that I trust most, the person I turn to when there's a hard issue is Kamala Harris,'" the official told Business Insider.

The White House has been loath to confirm that there is in fact a crisis at the border. Upon taking office, they loosened border restrictions, stated that any child under 18 who arrives at the border without adult supervision would be admitted, and then tried to tell people not to come north.

HHS Secretary Alejandro Mayorkas has repeatedly said that children would be admitted, and that those seeking asylum would be admitted, but that people shouldn't come to the US. These two things have struck many as contradictory. They have, in fact, struck many immigrants as contradictory as well. Many continue to flock to the border believing that they have a direct invitation from the president.

When Kamala Harris ran on the Democrat ticket for president, she garnered barely 3 percent of the Democrat vote. It was clear that pretty much no one wanted her to assume the highest executive role in the nation. Now, she has been given the keys to negotiate with foreign leaders on the nation's behalf during the worst border crisis in 20 years.

Mexican President Andres Manuel Lopez Obrador stated that it is the policies of the Biden administration that have caused this humanitarian disaster. As migrants head north, they travel through Mexico from Central America, bringing problems along with them.

Mexican drug cartels have made use of these migrants to operate human trafficking rings. An expert in border control stated that "The cartels have realizes that under Biden there is serious money to be made from people trafficking without any of the distribution issues you face with narcotics. People are the new dope."

This action of Biden's to hand off a massive policy area, complete with humanitarian crisis, to the vice president, along with this push for a narrative change in language, gives an indication that Biden will be leaning heavily on the decisions of a woman that hardly any Americans thought was the best person for the job, a piece of which she has now been given.