As President Joe Biden arrived in Kentucky on Wednesday to to survey tornado damage, he was reportedly greeted with chants of Let's Go Brandon from the assembled crowd. 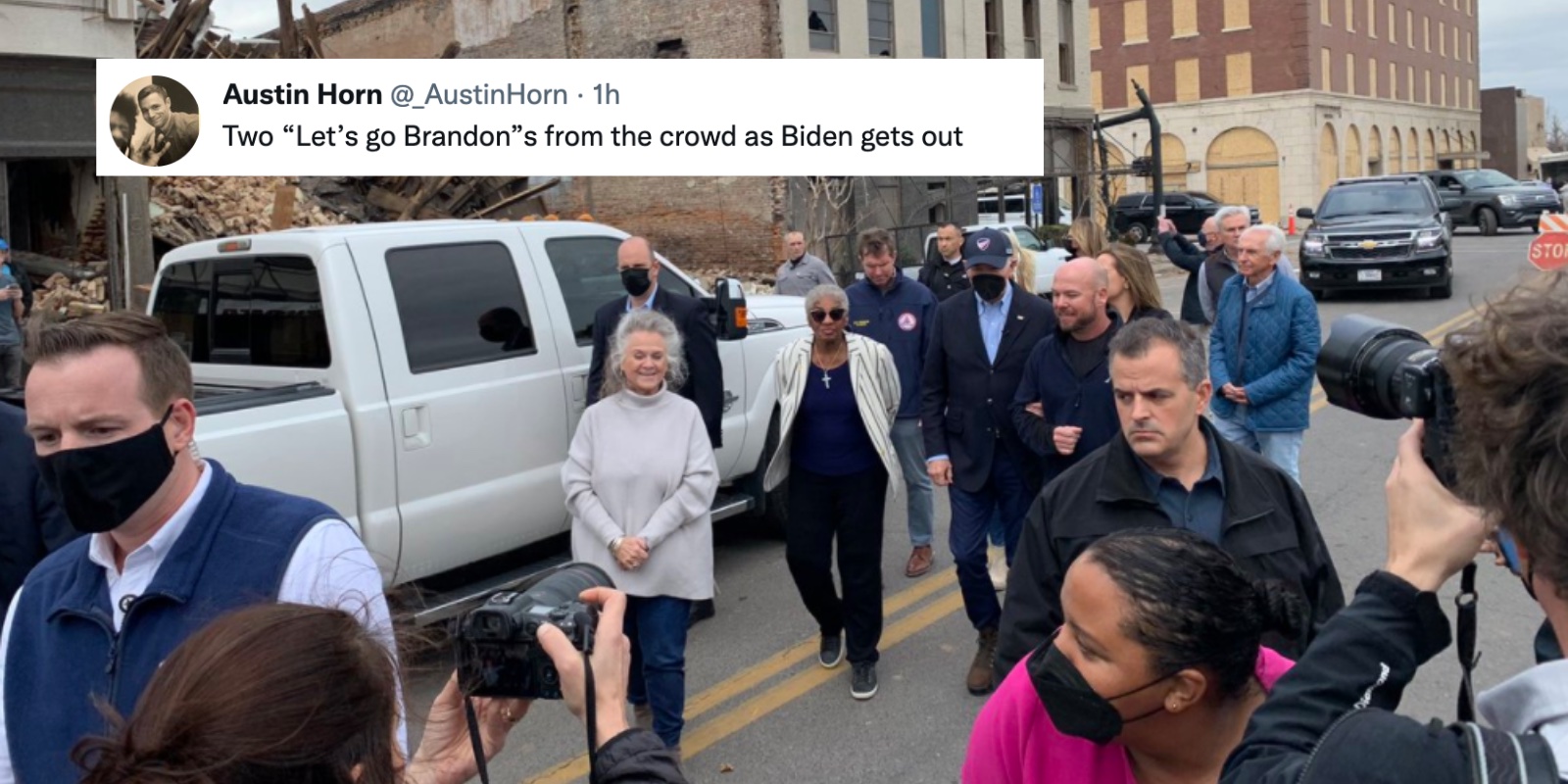 As President Joe Biden arrived in Kentucky on Wednesday to to survey tornado damage, he was reportedly greeted with chants of Let's Go Brandon from the assembled crowd.

Local reporter Austin Horn, of the Herald Leader, reported the news to Twitter.

Tara McKelvey of the BBC reported this as well, noting that there were also Trump flags seen in the crowd.

Horn reported that Biden stopped to pray with members of the community.

Kentucky saw massive destruction when tornadoes touched down in several communities over the weekend. More than 80 are feared dead as a result of the storms.

Biden spoke with Kentucky Governor Andy Beshear after arriving at Fort Campbell, and was briefed on the storm in Mayfield, Kent. DHS Secretary Alejandro Mayorkas was also on hand.

Horn reported that FEMA administrator Deanne Criswell offered a "commitment from the federal government" to help through the recovery effort.

Criswell said of the tornadoes over the weekend that storms like these are "going to be our new normal and the effects that we’re seeing from climate change are the crisis of our generation."

Biden said that Delaware doesn't get storms like the tornadoes seen in Kentucky.

"Don't hesitate to ask for anything," Biden told local leaders.

Biden announced the visit on Twitter, and is slated to speak from the state on Wednesday afternoon.

As he left for Kentucky on Wednesday morning, Joe Biden briefly took questions from a gaggle of reporters on the White House lawn.

One reporter asked him to address his responsibility for the 800,000 COVID deaths that have occurred under his watch, and why he hasn't pressed China to be more transparent on the origins of the virus. He laughed and walked away.