Biden said that more oil would be released from the Strategic Petroleum Reserve "as appropriate to protect American consumers and promote energy security." 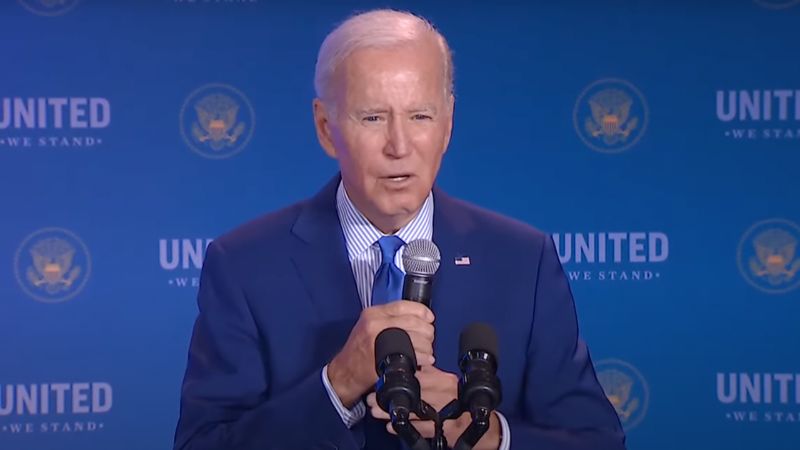 Roberto Wakerell-Cruz Montreal QC
Oct 5, 2022 minute read
ADVERTISEMENT
ADVERTISEMENT
The Biden White House on Wednesday lambasted OPEC and its allies for what it called a "shortsighted decision" to cut oil production by two million barrels per day. The move could lead to even higher gas prices in the United States.

National security adviser Jake Sullivan and economic advisor Brian Deese released a statement on Wednesday criticizing the decision by OPEC. The US Strategic Oil Reserves are nearly half empty already due to Biden's continued release of barrels in order to offset costs, while his administration hinders domestic oil production.

“At a time when maintaining a global supply of energy is of paramount importance, this decision will have the most negative impact on lower- and middle-income countries that are already reeling from elevated energy prices,” Sullivan and Deese said in a joint statement. They also said that President Biden was "disappointed" by OPEC's decision.

No immediate steps will be taken in response to OPEC's decision, though Biden said that more oil would be released from the Strategic Petroleum Reserve "as appropriate to protect American consumers and promote energy security."

“The President is also calling on U.S. energy companies to keep bringing pump prices down by closing the historically large gap between wholesale and retail gas prices — so that American consumers are paying less at the pump,” Sullivan and Deese said in their statement.

The White House used the news as an opportunity to push its green agenda, saying that the announcement highlights the importance of moving away from reliance on fossil fuels.

"The announced cut from OPEC+, which includes the 13 OPEC nations and 11 non-members including Russia, is roughly equivalent to 2 percent of global supplies," reports The Hill.

In March, the Biden administration announced an unprecedented release of barrels from the strategic reserves in an attempt to drive down rising gas prices. Prices at the pump gave Americans sticker shock throughout the summer, with prices increasing to over $6 per gallon in some areas where taxes are already high, such as California.

The administration sold nearly 1 million barrels of oil from the US strategic reserves to Chinese interests.