BREAKING: Bomb squad on the scene at Tim Pool's studio

"For security reasons we can't reveal too many details," Pool told The Post Millennial, "but I tweeted what's happening to make sure there's a record of threats against us for future reference." 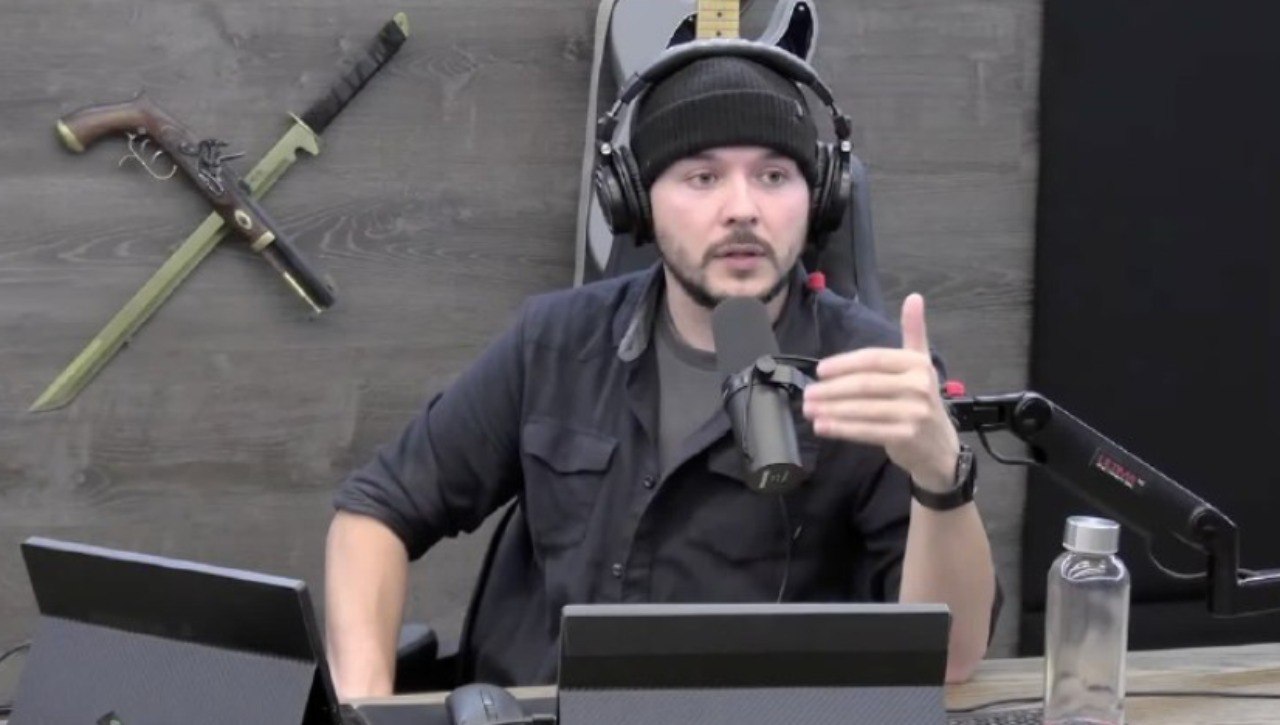 Tim Pool reported that the bomb squad is at his studio, where he records TimcastIRL, along with other properties that are part of the Tim Pool content universe. Pool said that the events will not be filmed due to security reasons, as recommended by police.

He said on air, as they discussed the incident, that there was an actual reason that the bomb squad was deployed, and he was concerned that he might "hear the house shake."

"For security reasons we can't reveal too many details," Pool told The Post Millennial, "but I tweeted what's happening to make sure there's a record of threats against us for future reference."

"It's a difficult position to let people know what's happening," Pool continued, "because you don't want to generate attention around these kinds of incidents, but if you don't, it's harder to be taken seriously when more serious things are happening."

Pool's studio has been recently swatted six times, when an anonymous person or persons called local police and fire departments to report shootings, and once a fire, at the studio.

"Someone called the police and said they shot and killed two people and were going to kill more," Pool reported after one incident.

A second incident in January was reportedly worse than the first one. Pool has kept details of these incidents close as they represent an ongoing security risk are are under investigation. After the swats, he planned to update studio security to "an extreme degree."

"People are going to get nuts in 2022 ... What the f*ck were we talking about that warranted trying to get us killed on more than one occasion?" Pool asked.

Pool updated viewers during the podcast on Tuesday night. The title of the episode was "Bomb Squad Deployed To Our Studio, that and news stuff."

"As many of you know, I think out of all of the shows, in politics, we made the most swatted of 2022. Six, so far. It's cross state lines. The latest incident that we're dealing with now: the bomb squad," Pool said.

"It was a surprise to me. I go outside, and I see a bunch of vehicles pulling up. And then I see a guy get out and he's got a shirt on that says 'bomb squad' on it," he said.

"I can't say exactly what happened, but it's effectively a swatting, not the exact same thing. And, man, I got to be careful about some details. Like there's a lot, but maybe I can't actually say it. There's concerns, obviously, when we talk about the security issues pertaining to swatttings or otherwise, that if we highlight it, it encourages it. And we've had police tell us that before. And I'm like, 'you're right.'

"And so some of these instances we've not really talked about that much. The other concern is that making sure people are aware of what's going on is important for the safety and security, in a similar sense. I would hate to have something happen that would be unbelievable, confusing, or just—I don't know how to exactly explain it.

"My concern was, you know, if something keeps happening, and we ignore it, and people don't know it's happening, and then something serious happens. It'll take everyone by surprise. Maybe we should be like, 'hey, put it put attack in this. Something's happening. We're having security issues.'"

He said that the title for the show is usually named while in studio, leading up to show time, but that on Tuesday, they had to title it while standing around in the yard "with a bunch of cops," and what were assumed to be federal agents, trying to figure out if they should lead with the story, or go about business as usual.