The guard allegedly pushed Warriner against the wall, and then restrained her on the ground. She was then moved away by guards while unconscious. She died in hospital 16 days later. 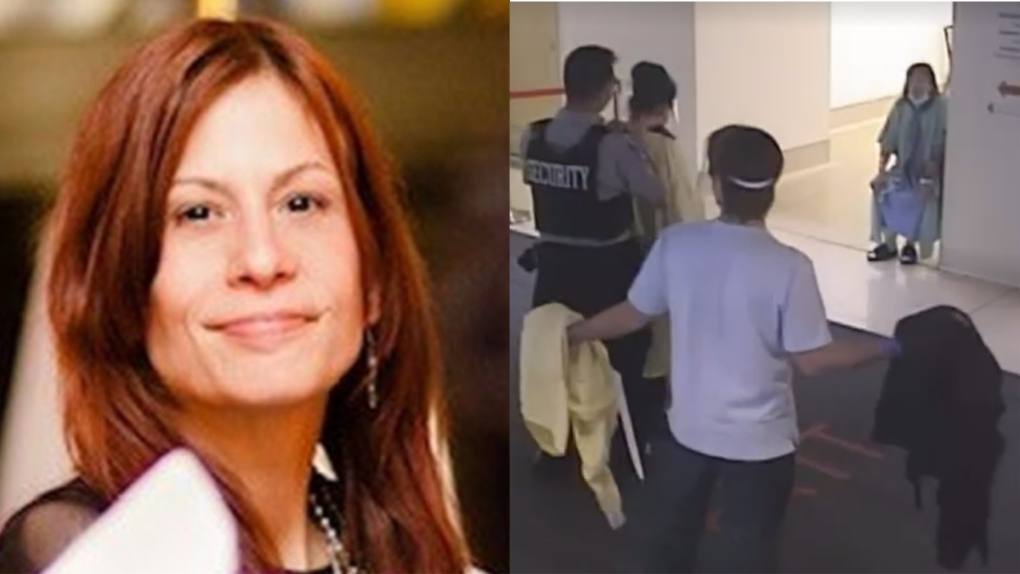 Roberto Wakerell-Cruz Montreal QC
Jan 17, 2023 minute read
ADVERTISEMENT
ADVERTISEMENT
Newly released security video from the Toronto General Hospital shows the moments that led up to a woman's death after she refused to wear a mask.

Danielle Stephanie Warriner died after an incident with security guards at the hospital in May of 2020. An Ontario judge struck down the case that was set to start in May.

"My first reaction was shock, horror. There's been no accountability and there's a gaping hole in my heart," Warriner's sister Denise told CBC News.

"She was a very tiny woman who was clearly unwell, sitting, dealing with respiratory distress, and they wrangled her to her death. There was no lawful reason for them to have ever put hands on her. This ought to have been put to a trial."

Warriner was suffering from chronic obstructive pulmonary disease (COPD) and decided that she would go to the hospital. She was presumed to have Covid, though a later test would show that she did not have the virus.

Video from the incident shows Warriner at the Toronto hospital's lobby in a medical gown with a mask on her chin. She was told to put on the mask, and was then approached by security. The incident between the guards and Warriner is now shown on the security cameras as it was turned by another guard. He says he did so because he "panicked" and "got really anxious." The guard was able to keep his job afterward.

The guard allegedly pushed Warriner against the wall, and then restrained her on the ground. She was then moved away by guards while unconscious. She died in hospital 16 days later. The coroner's report showed that she died from a brain injury from a lack of oxygen due to  "restraint asphyxia following struggle and exertion." Her COPD was found to be a possible contributor to her death.

"But for her interaction with the Applicants, Ms. Warriner would likely be alive today," the forensic pathologist said during the preliminary hearing.

The guards, Amanda Rojas-Silva, 42, and Shane Hutley, 35, were charged with manslaughter and criminal negligence after the incident, but a judge said that there was not enough evidence to take the two to trial. The charges were then dropped.

The guards initially claimed that they were assaulted by the frail woman suffering from COPD, but it ws later found that the guards lied. "Mr. Hutley went as far as to claim that Ms. Warriner delivered several overhand and underhand punches to Ms. Rojas-Silva's face and was kicking her feet," says a court document by the Crown.

"Later on, Mr. Hutley began sobbing and admitted he had not been truthful in the report, saying 'I'm sorry. I would have never said the things I said in there if I knew there was a video,'" the court document says.
ADVERTISEMENT
ADVERTISEMENT
photo