President Trump chose to sit cage-side instead of a private box. 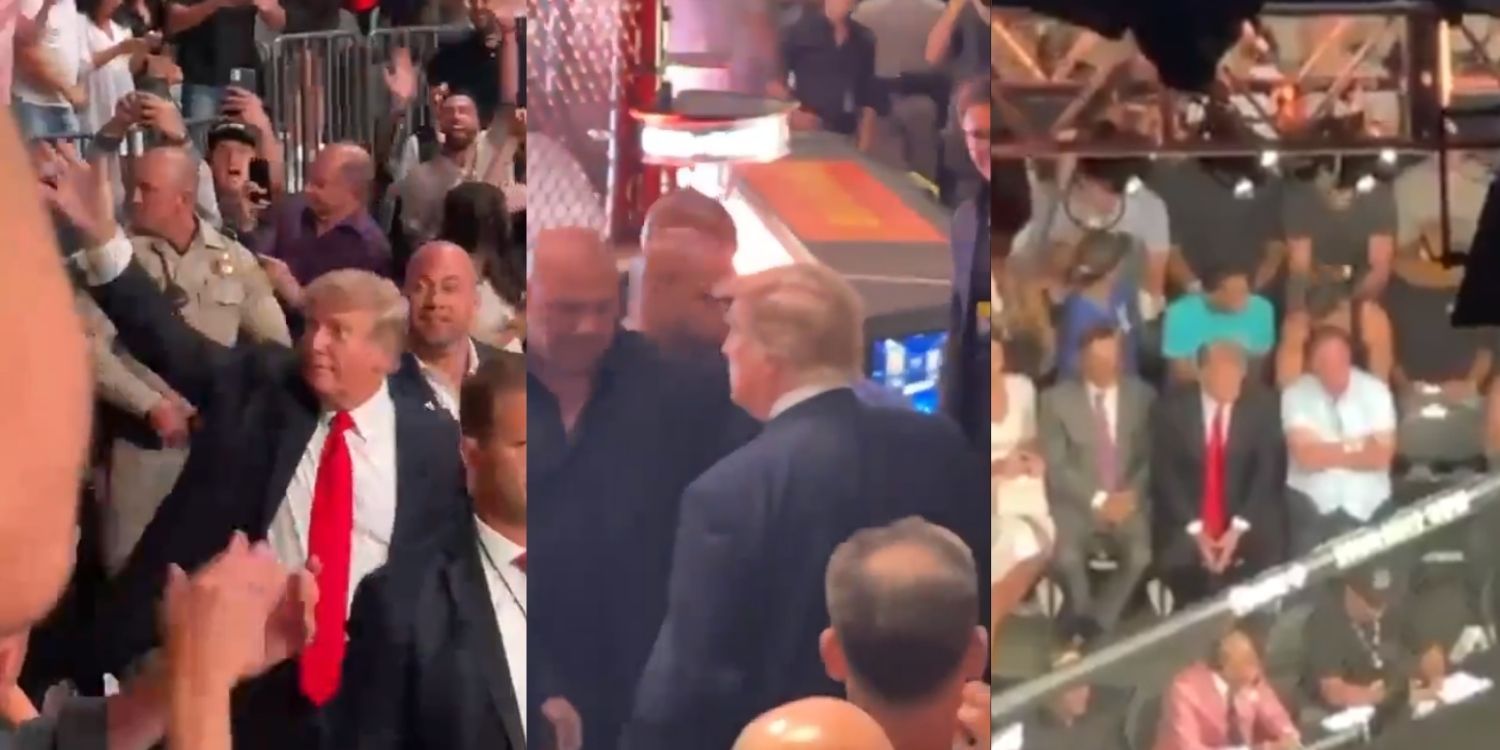 Former President Donald Trump was met with a mix of applause and some boos as he entered the UFC 263 arena in Las Vegas, Nevada. His cage-side appearance was not a surprise as UFC President told TMZ the former President would be in attendance.

President Trump chose to sit cage-side instead of a private box. A personal friend of the President, White told TMZ, Trump "don't care, he's not that guy, he's not hiding in a box somewhere, that's not his style." Instead, he says Trump will sit right behind him.

Notably, many note the President stands out in the crowd with this signature red tie. Other prominent figures in attendance include Justin Bieber, Dave Chappelle, Travis Barker and Church Lindell.