"'Gain-of-function' should be called 'bioweapon' research, as the function referred is death!" Musk tweeted. 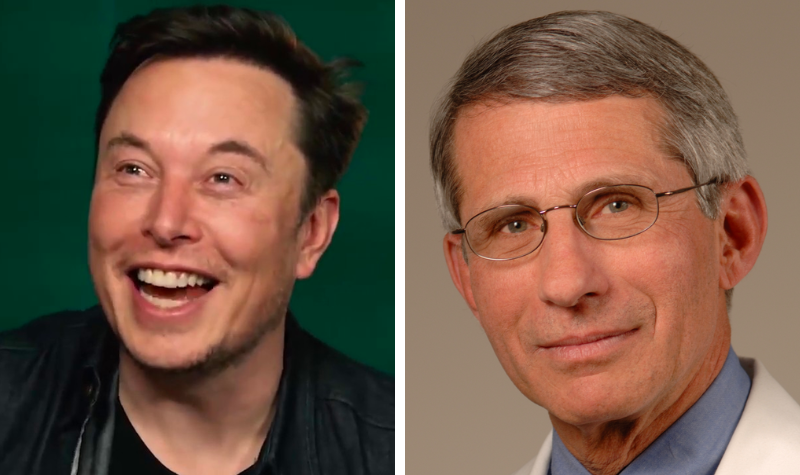 "'Gain-of-function' should be called 'bioweapon' research, as the function referred is death!" Musk tweeted.

The Twitter CEO points to a Yahoo News article from last year that unearthed a paper that Fauci wrote a decade ago, where he argues that the benefits of GoF research outweigh the potential pandemic risk.

GoF research consists of genetically altering an organism, such as a virus, in order to gain an increased understanding of its function, work that was taking place at the infamous Wuhan Institute of Virology in China.

"In an unlikely but conceivable turn of events, what if that scientist becomes infected with the virus, which leads to an outbreak and ultimately triggers a pandemic?," Fauci asks in his 2012 paper.

He goes on to say that GoF research is "important work," clearly stating that the benefits "outweigh the risks."

Musk argues that "'Gain-of-function' in this context is just another way of saying 'bioweapon.'"

He also points out that Fauci's wife, Christine Grady, is the head of bioethics at the National Institutes of Health, where she is "the person who is supposed to make sure that Fauci behaves ethically."

There is mounting evidence pointing to the fact that the COVID-19 virus originated from a leak at the Wuhan lab, despite insistence from the government and from Fauci himself that this was not the case. It was revealed earlier this year that many scientists in Britain and the United States were more concerned about keeping "international harmony" than with opening the debate regarding the lab-leak theory.

The recent round of Twitter Files released on Monday morning revealed that the Biden administration pressured the social media giant to censor and suppress any information related to the virus that didn't fit the government narrative.