Federal Reserve Chair Jerome Powell said that the inflation numbers "do suggest to me that we may move to a higher level than we thought at the September meeting," adding that "there's no sense that inflation is coming down." 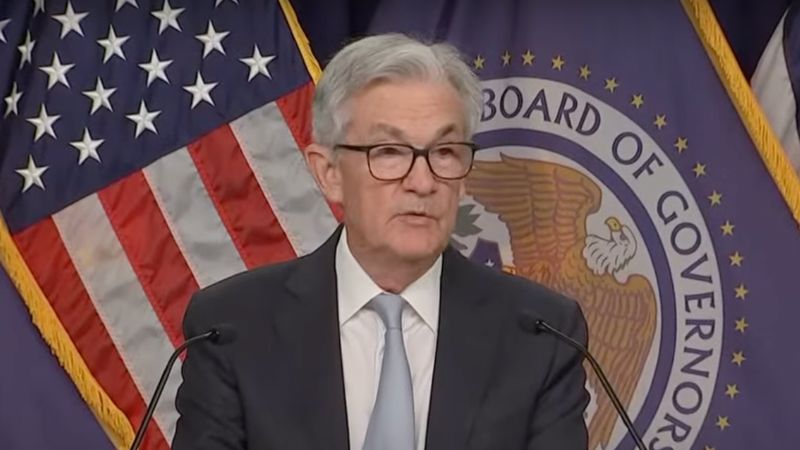 On Wednesday, the Federal Reserve announced that it would be hiking its interest rate by another 0.75 percent.

This latest increase is the sixth to be dished out by the Fed this year, marking some of the most aggressive actions taken by the Fed since the 1980s, according to USA Today.

Speaking in a press conference following the announcement, Federal Reserve Chair Jerome Powell said that the inflation numbers "do suggest to me that we may move to a higher level than we thought at the September meeting," adding that "there's no sense that inflation is coming down."

Powell said that rates could rise above the 4.5 to 4.75 percent range that officials had previously anticipated, citing recent high inflation figures.

Powell also said that the Fed could potentially slow the pace of hikes as soon as next month, saying, "That time is coming and it may come as soon as the next meeting or the one after that."

"It's very premature to be thinking about pausing," Powell later noted. "We have a ways to go."


Powell cited conflicts in Eastern Europe as a reason for increasing prices, stating, "Russia's war against Ukraine has boosted prices for energy and food, and has created additional upward pressure on inflation."

"We anticipate that ongoing increases in the target range for the federal funds rate will be appropriate in order to attain a stance of monetary policy that is sufficiently restrictive to return inflation to 2 percent over time," said Powell.

Powell noted that financial conditions have "tightened significantly" as a response to the Fed’s actions, saying that "we are seeing the effects on demand in the most interest rate sensitive sectors of the economy such as housing."


This is a breaking story and will be updated.