The increase comes following the monthly Bureau of Labor Statistics report released last week that showed inflation had risen 8.6 percent from May the year prior. 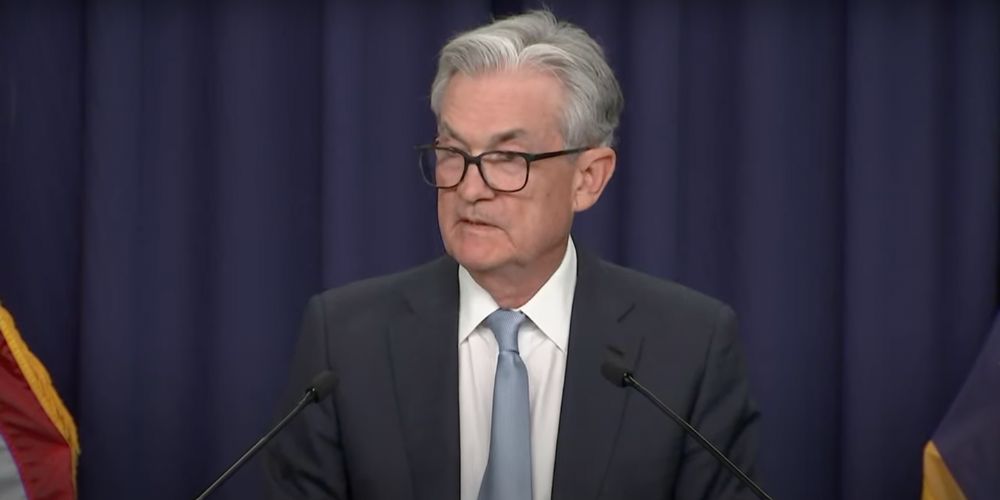 On Wednesday, Federal Reserve officials announced that they would be raising their main interest rate by three-quarters of a percentage point, marking the highest increase since 1994.

According to Bloomberg, the Fed signaled that they would continue to aggressively hike this interest rate in an attempt to rein in some of the highest levels of inflation the country has seen since the 1980s.

The Fed has reportedly projected raising this to 3.4 percent by the end of the year, "implying another 175 basis points of tightening this year," Bloomberg reported. This marks the highest interest rate since 2008.

According to Fox Business, officials had estimated in March that the rates would hit 2.5 percent by the end of the year.

Economists had previously predicted a 50-basis point hike, which is double the typical size of a hike.

The increase comes following the monthly Bureau of Labor Statistics report released last week that showed inflation had risen 8.6 percent from May the year  prior.

Fox Business reported, "The question now is whether the Fed can successfully engineer the elusive soft landing — the sweet spot between tamping down demand to cool inflation without sending the economy into a downturn. Hiking interest rates tends to create higher rates on consumer and business loans, which slows the economy by forcing employers to cut back on spending."

Speaking in a press conference on Wednesday, Federal Reserve Chair Jerome Powell said that "Our overarching focus is using our tools to bring inflation back down to our 2 percent goal, and to keep longer term inflation expectations well anchored."

"Making appropriate monetary policy in this uncertain environment requires a recognition that the economy often evolves in unexpected ways. Inflation has obviously surprised to the upside over the past year, and further surprises could be in store. We therefore will need to be nimble in responding to incoming data and the evolving outlook," he said.

Powell noted that 50 to 75 point increase "seems most likely at our next meeting," adding that "We will however make our decisions meeting by meeting and we'll continue to communicate our thinking as clearly as we can."

"It is essential that we bring inflation down if we were to have a sustained period of strong labor market conditions that benefit all. From the standpoint of our congressional mandate to promote maximum employment and price stability, the current picture is plain to see.

"The labor market is extremely tight and inflation is much too high. Against this backdrop, today, the Federal Open Market Committee raised its policy interest rate by three quarters of a percentage point and anticipates that ongoing increases in that rate will be appropriate," Powell said.