Andrew Bert Hammond, a 50-year-old male and fourth grade teacher, was arrested during an undercover operation in Redmond, Washington. 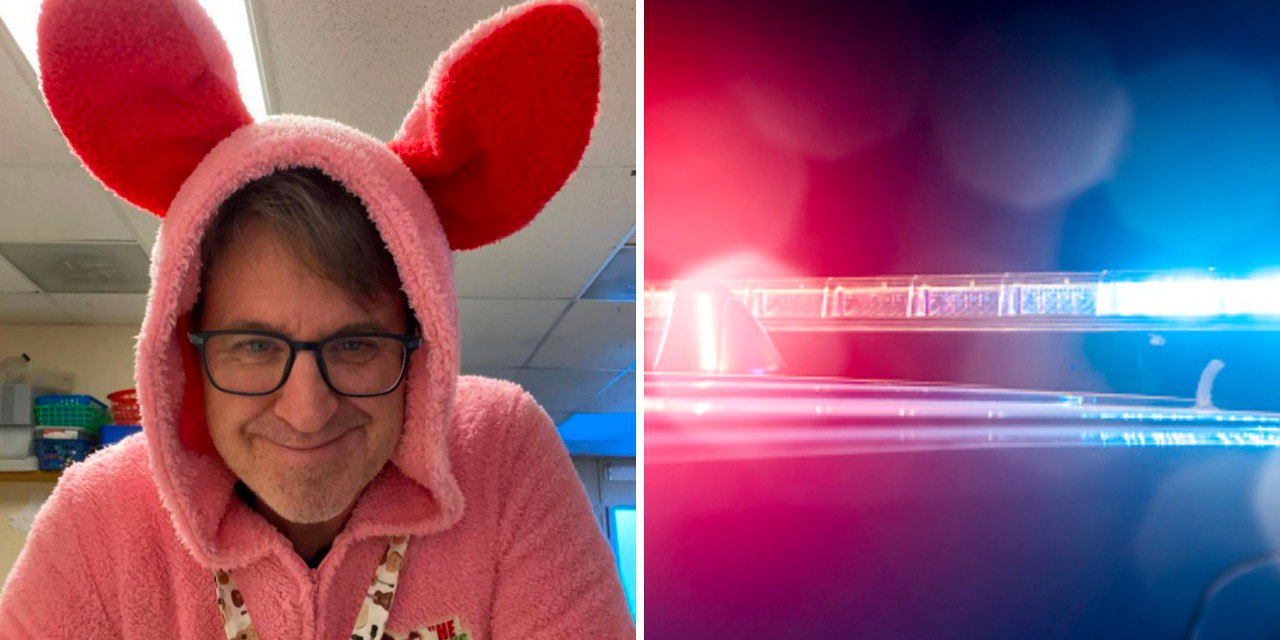 A fourth grade teacher in from the McMinnville Elementary School in Oregon has been arrested for two counts of attempted rape of a child in Redmond, Washington. Andrew Bert Hammond, a 50-year-old male, was arrested during an undercover operation.

Police had created fake profiles on social media and dating apps that were location-based. Hammond was on one of these apps when he sought to communicate with minors.

Hammond's Facebook profile shows him wearing a pink bunny costume in a classroom, as well as another photo with his dog.

Detectives in Redmond were posing as teenage girls on the app in October when Hammond began interacting with them, believing them to be teen girls. It was in March when Hammond rented a hotel room in Redmond where he intended to meet the girls for the purpose of sexual activity.

In his possession at the time were condoms, lubricant, handcuffs, and duct tape. These were discovered via a search warrant which was used to search Hammond's vehicle.

Redmond detectives reported that the investigation that led to Hammond's arrest as a "proactive undercover operation" and that the conversations between Hammond and the detectives, via false profiles, went on for several months after the initial October communication. Hammond was repeatedly notified that "he was communicating with a 14-year-old female."

Detectives introduced a second false profile, of a 13-year-old girl, and Hammond "continued to engage in sexually motivated conversations with the investigators, believing they were minors."

In response to the arrest, the school's Principal Erika Nesvig issued a message to parents of students in Hammond's class, saying that the school had "received information that Mr. Hammond, your child's teacher, has been arrested in Washington State."

"I want you to know that we have no information about any illegal activity occurring at Newby or in McMinnville," Nesvig went on. "We are cooperating fully with law enforcement, and Mr. Hammond is on administrative leave."

Nesvig explained that another teacher would be taking over the class, and would "lead your child's classroom for the time being."

"Please know," Nesvig said, "that the district followed all legal requirements and he passed all background checks and prior employment verifications prior to beginning employment."

Nesvig stated that she knows "this is upsetting news," and said that the "school stands ready to provide support to your children as we work through this difficult situation." Nesvig then provided contact information for Human Resources, being as the situation is "a personnel matter."

In 2020, after the death of George Floyd, Hammond had posted in support of Black Lives Matter and the social media blackout that was an activist undertaking at the time. He said:

"Hey, allies: Important note about the blackout," and then listed the ways to be a supportive ally for BLM without taking up space and posting personal views, and instructing people to not tag BLM when they posted their support of BLM as it would be "clogging up the feed."

"I'm proud of our officers and detectives for their dedication to such an important initiative in keeping our children safe," Police Chief Darrell Lowe said.

"Any time we can take child predators off the streets for such egregious crimes against children is a win for our community. The important message for parents is to monitor your children’s activities on their phones and computers."