"This evidence raises troubling questions about whether President Biden is a national security risk and about whether he is compromised by foreign government," Comer said. 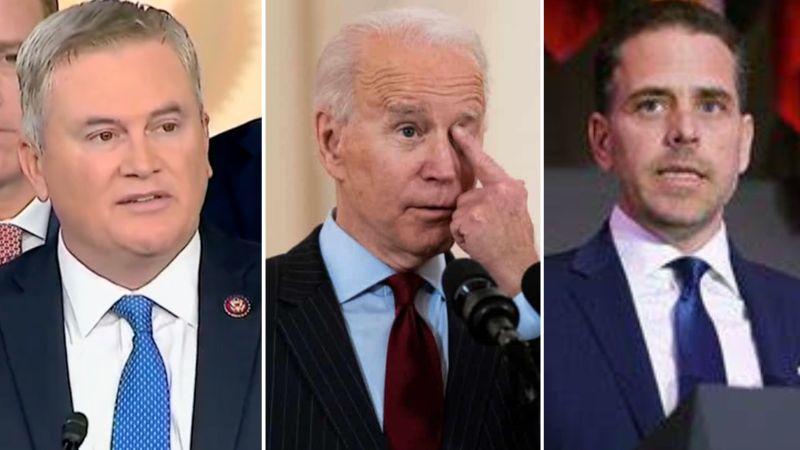 Representative James Comer announced Thursday that the Republican House Oversight Committee is launching an investigation into Joe Biden’s dealings with his son Hunter to determine whether the president "is compromised or swayed by foreign dollars."

"Whistleblowers described President Biden as chairman of the board. For these businesses. He personally participated in meetings and phone calls, documents show that he was a partner with access to an office. To be clear, Joe Biden is the big guy," Comer said in a news briefing.

Joe Biden was fingered as "the big guy" by Hunter's associates which connected him to a deal where the president gained a 10 percent equity stake in another Chinese company, CEFC.

"This evidence raises troubling questions about whether President Biden is a national security risk and about whether he is compromised by foreign government," Comer continued.

Revelations from Hunter Biden's "laptop from hell" have confirmed that Joe Biden's son was engaged in suspicious business partnerships in Ukraine for years, including deals that allegedly resulted in significant financial kickbacks to Joe Biden. Those emails confirmed Hunter earned more than $11 million from Chinese and Ukrainian business deals over 5 years. This year President Biden sold 1 million barrels of oil from the U.S. Strategic Reserves to a Chinese company Hunter Biden invested in.

Then Vice President Joe Biden met with two Hunter Biden-connected executives from Wanxiang, a major Chinese energy company, at the White House on July 25, 2014. This despite the president saying, "I have never discussed anything having to do with their businesses with my son or my brother or with anyone else. Period."
ADVERTISEMENT
ADVERTISEMENT
ComerBidens