CNN has confirmed on Wednesday that Jake Tapper's producer, Rick Saleeby, has resigned from his position after it was revealed that he allegedly solicited sexually explicit photos of an underage girl. 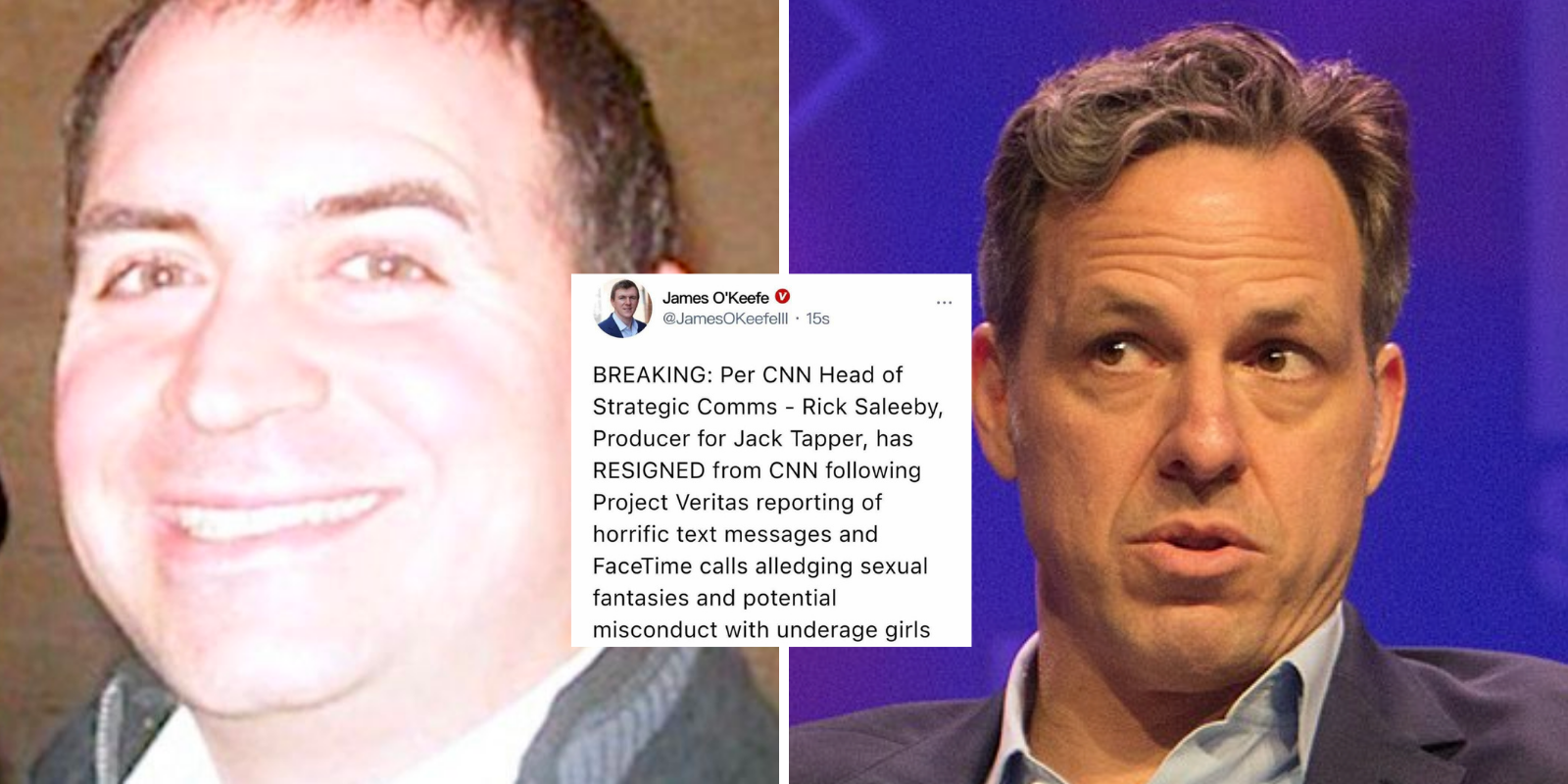 CNN has confirmed on Wednesday that Jake Tapper's producer, Rick Saleeby, has resigned from his position after it was revealed that he allegedly solicited sexually explicit photos of an underage girl. Fairfax County police seized devices from his residence.

The news broke to Twitter via Jack Posobiec of Human Events, along with Project Veritas' James O'Keefe, who first reported the revelations.

Rick Saleeby was a CNN producer for "The Lead with Jake Tapper." Allegations emerged that he had asked an underage girl for explicit photographs. This led to a seizure of his devices and hard drives from his Virginia home.

Project Veritas revealed the allegations, finding texts showing that he had fantasies about molesting his fiance's daughter. Saleeby, in one exchange, described his fiance's daughter's exceedingly short bottoms at the pool, saying that she was  "wearing very closely cut bottoms at the pool." He then went on to describe the outline of the girls pubic area.

Janine Banani was in a relationship with Saleeby for over a decade, and told Project Veritas that Saleeby solicited the photos of her daughter. Banani also gave a recording in which Saleeby allegedly said "...after I'm done having my mouth on her, I'm going to walk up and put my crotch very close to her face... slowly unzip my zipper and just guide her head a little closer and I'm just going to have her kiss the head and I'm going to put her hand on it so she can feel what the hard flesh feels like."

Saleeby appeared in Fairfax County, Virginia court on Tuesday, and was confronted by a news crew from Project Veritas. When asked, he refused to say whether or not he was still with CNN.

The producer had previously taken others to task for their illicit behavior toward minors. As to that person, he said "He had already been accused of things prior. But he would make advances if there was a social gathering and they were drunk, put his arms around them, try and touch their leg."

"Try and build up emails to the level where he would get flirty and inappropriate. I’ll tell you this. In the climate that’s going on now, he definitely would have been fired," said Saleeby, referring to the #MeToo movement in 2018.

O'Keefe said he has called on Tapper to verify Saleeby's voice on the audio recordings. "What I want to ask Japper Tapper though is: 'Jake, when I do this work, and I'm on TV and you're on TV, Jake, there's a thing called the IFB. And that's that little headphone that goes in your ear. And what are you listening to is that it's your producers voice. You always hear whether on the other side of the glass or whoever it was or the camera, the lights etc.' I don't think there's anyone else on Earth who's more qualified to identify that voice than Jake Tapper himself," O'Keefe said. Posobiec added, "He won't do it."