"Jeff Zients, who built the Biden pandemic playbook that has led to 700,000+ deaths on the administration’s watch, now coming back to presumably oversee more of the same," wrote author of "Health Communism," Artie Vierkant. 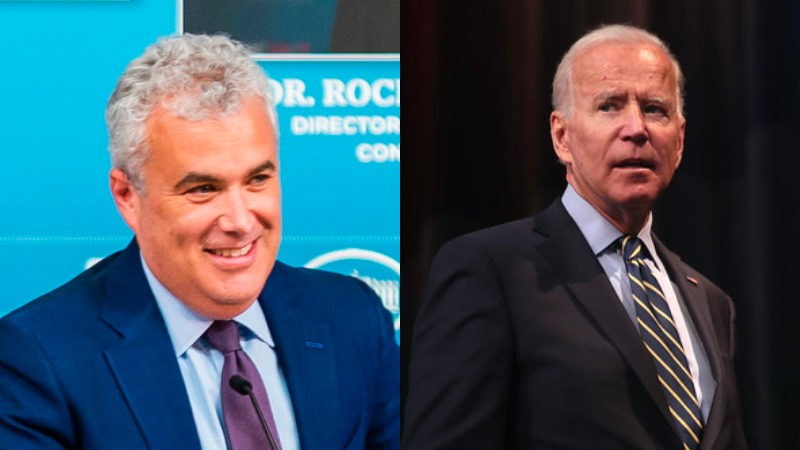 Zients, who served as Counselor as well as the White House Coronavirus Response Coordinator from January 2021 to April 2022, left the White House after "steering" the administration's Covid vaccination campaign.

As reported by the Washington Post, he returned to the White House during the midterm season to aid Klain in managing staff turnover. However, according to four people familiar with the situation, Klain has recently assigned Zients to projects aligning with those of preparing to take on the chief position.

Reactions to the news included criticisms of Zients Covid policies.

According to Tom Fitton of Judicial Watch, he "seemingly violated civil rights laws and US Constitution in leading Biden WH operation to censor Americans through Big Tech on Covid issue."

"Jeff Zients, who built the Biden pandemic playbook that has led to 700,000+ deaths on the administration’s watch, now coming back to presumably oversee more of the same," wrote author of "Health Communism," Artie Vierkant.

"During the toughest times, Jeff Zients was always calm, focused and positive. He played a crucial role in helping NYC and the whole country overcome the worst of the Covid crisis. I knew that when I turned to him, something good would happen," the politican wrote.

"@POTUS has made an excellent choice!," he added.