"We are each endowed with the right to liberty and the pursuit of happiness," Harris said. 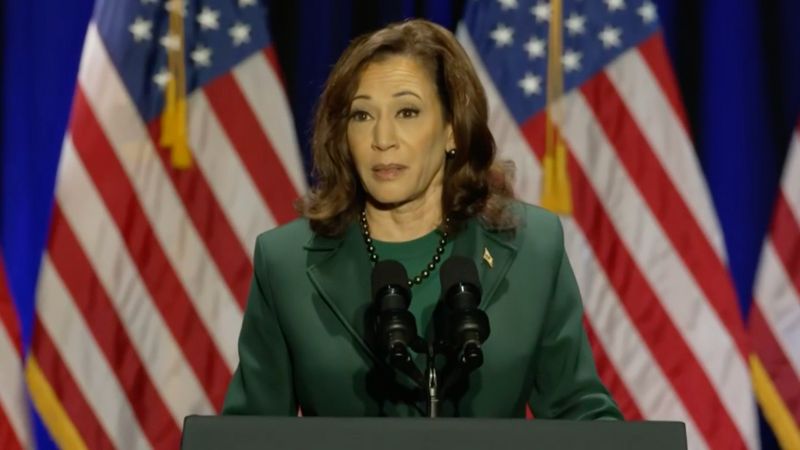 On Sunday, Kamala Harris gave a speech in Tallahassee, Florida over abortion where she quoted the Declaration of Independence but left out the part of the document that said Americans have a right to life.

The Declaration of Independence reads, "We hold these truths to be self-evident, that all men are created equal, that they are endowed by their Creator with certain unalienable Rights, that among these are Life, Liberty and the pursuit of Happiness."


"Be clear these rights were not bestowed upon us," Harris continued. "They belong to us. As Americans. And it is that freedom and liberty that enabled generations of Americans to chart their own course and decide their own future. With Yes, ambition and aspiration. Therein lies the strength of our nation."

Harris did not mention the right to life as written in the Declaration throughout her 18-minute long speech.

According to the Daily Mail, Harris arrived in Florida on Thursday and announced that the Biden administration planned to further extend ways to provide abortion pills to those who seek them. She also criticized Florida Governor Ron DeSantis for his pro-life views.

On June 24, in a 6-3 decision stemming from the case of Dobbs v. Jackson Women's Health Organization the Supreme Court ruled that "The Constitution does not confer a right to abortion; Roe and Casey are overruled; and the authority to regulate abortion is returned to the people and their elected representatives."