Police shot and killed a man armed with a knife at the Seattle Waterfront Tuesday night. 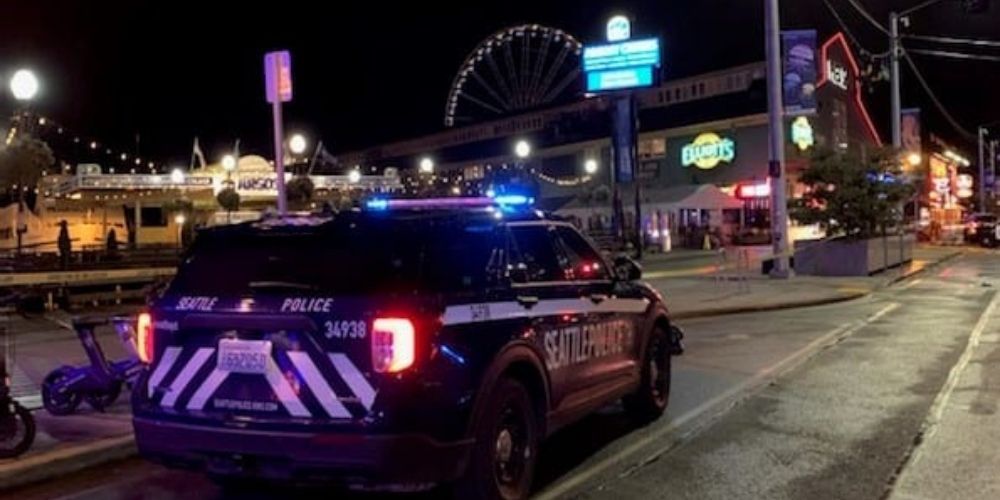 Police shot and killed a man armed with a knife at the Seattle Waterfront Tuesday night.

According to the Seattle Police Department, at approximately 9:20 pm, "Port of Seattle Police contacted SPD about a man in crisis, armed with a knife, at Alaskan Way and Seneca Street."

When officers arrived, the white male, "who had reportedly cut himself, fled down Alaskan Way."

Officers approached the man and "attempted to use a less-lethal tool, but the device was ineffective." The man moved toward officers, and two Seattle Police officers fired, fatally striking the man. According to witnesses and the police scanner, the man approached police officers with a knife.

Medics and officers attempted to provide medical assistance to the man, but he was pronounced dead at the scene.

SPD said that Representatives of the Office of Police Accountability, the Office of Inspector General and the SPD Force Investigation Team responded to the scene.

The officers have been placed on paid administrative leave in accordance with SPD policy while the investigation is ongoing.

As per department policy, Seattle Police will release video of the incident within 72 hours. Sources in the Seattle Police Department suspect that the man was attempting 'suicide by cop.'

This is the second officer involved shooting in a week in Seattle. On February 9, Gregory Taylor allegedly walked up to a car in the parking lot of the Northwest African American Museum and Jimi Hendrix Park and shot two women sitting inside. One died and the other was taken to the hospital with life threatening injuries.

Taylor raised his gun to responding officers and was fatally shot by police.

Both shootings on Feb 9 were captured on surveillance and police body cameras.

Seattle Antifa and BLM activists following both shootings immediately demonized SPD before any footage was released and called for direct action.