BREAKING: No injuries reported after explosion at Hoover Dam

The Bureau of Reclamation explained via Twitter that "the A5 transformer at Hoover Dam caught fire" around 10 am PST and was put out half an hour later. 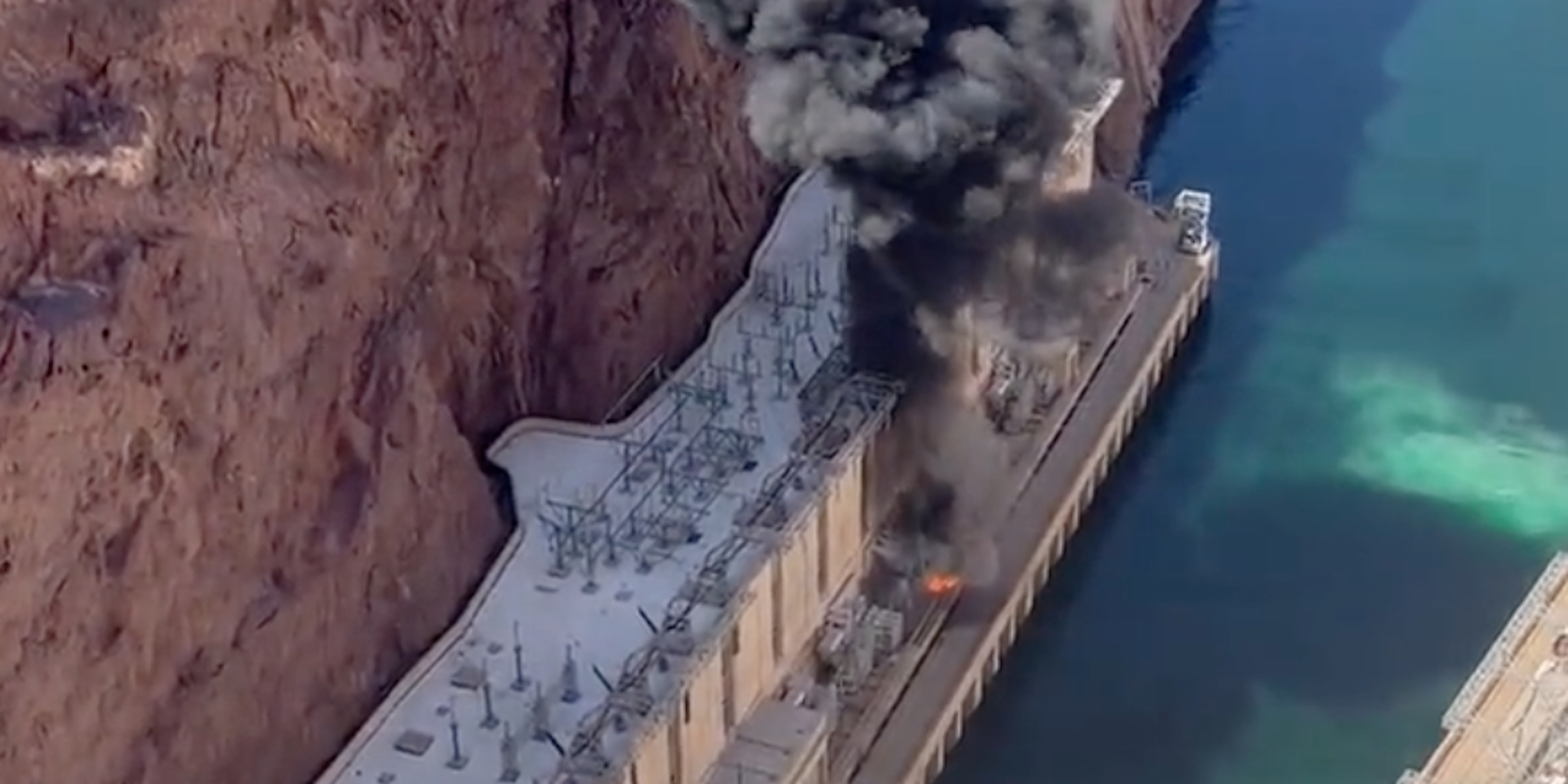 On Tuesday, the Boulder City Fire Department was called to an emergency at the Hoover Dam after reports of an explosion.

While the ensuing fire has since been extinguished, nothing has been released about a possible cause.

A video of the incident taken and posted to Twitter by by Kristy Hairston has amassed over 1 million views.

In the footage, a fire can be seen near the bottom of the dam, with a huge plume of black smoke emanating from where an explosion is said to have occurred.

The Bureau of Reclamation explained via Twitter that "the A5 transformer at Hoover Dam caught fire" around 1o am PST and was put out half an hour later.

"Power is still being generated from the powerhouse," they added, noting that no employees or tourists were injured.