Those in favor of the American judicial system and the practice of due process decried the president's interference in the case. 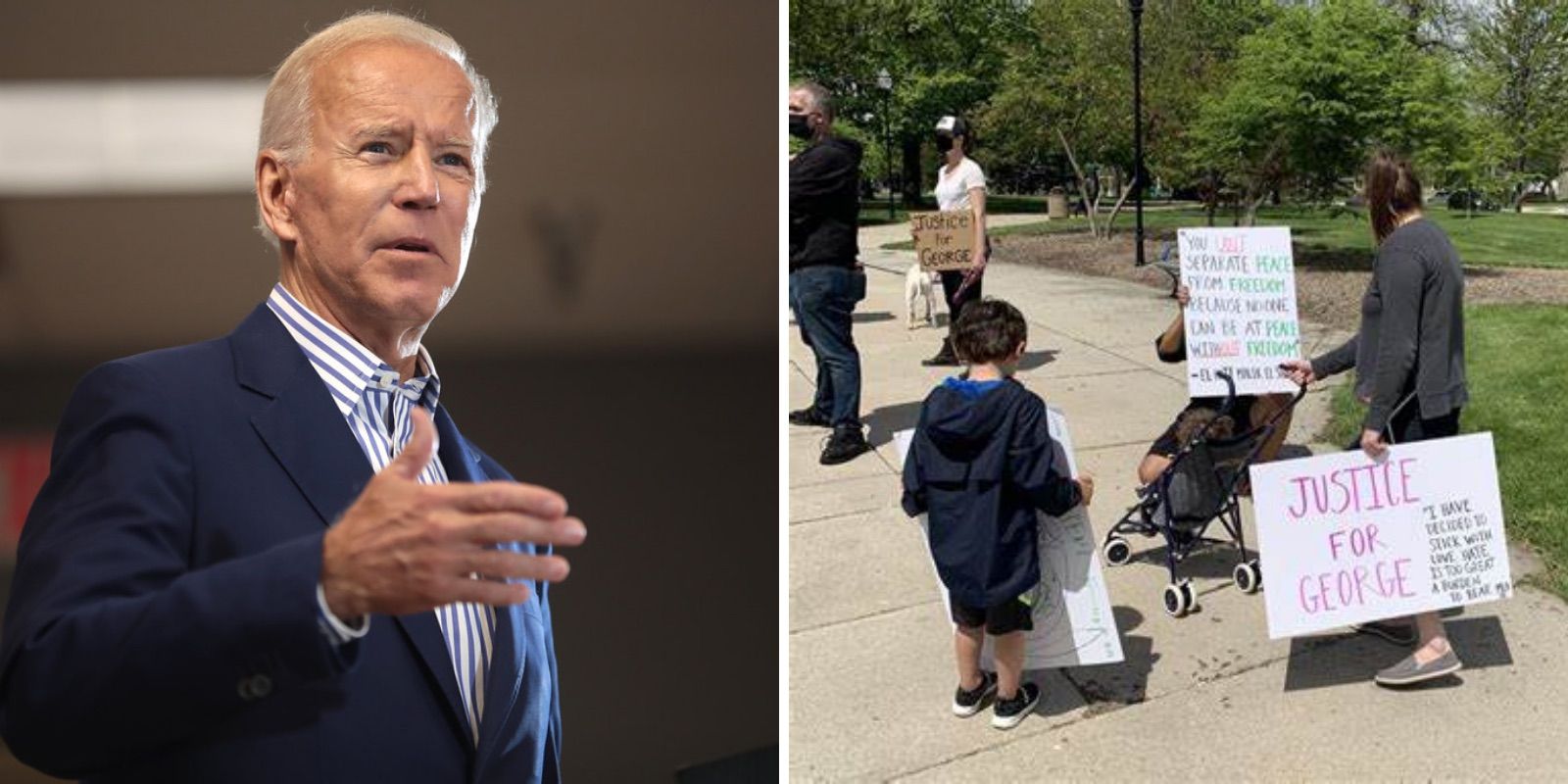 President Joe Biden reportedly called the family of George Floyd on Monday, and on Tuesday he relayed the contents of that call, telling press that he's praying the jury returns "the right verdict," and that "The evidence is overwhelming in my view."

"I can only image the pressure and anxiety they're feeling," Biden said, "and so I waited until the jury was sequestered, and I called. And I wasn't going to say anything about it."

Biden said that it was reported on television that "it was a private conversation, because Joe understands what it's like to go through loss."

"And um they're a good family," Biden said. "And they're calling for peace and tranquility, no matter what that verdict is."

"I'm praying that verdict is the right verdict, which is I think it's overwhelming in my view. I wouldn't say that unless the jury was sequestered now, not hearing me say that."

Those in favor of the American judicial system and the practice of due process decried the president's interference in the case.

George Floyd died in police custody on May 25, 2020. Former Minneapolis Police Officer Derek Chauvin is on trial for Floyd's death. Floyd's death, which was captured on video, sparked riots and protests both in the US and internationally, as well as calls for police reform.

Concerns have been raised that Chauvin would be unlikely to receive a fair, impartial trial in the case, as news, suppositions, and verdicts have been issued in the court of public opinion.

On Saturday, Rep. Maxine Waters (D-CA) spoke to protestors in Brooklyn Center, Minn., which is near where Floyd died and also the location where, a week prior, Daunte Wright was killed during a traffic stop. Waters said that protestors should be more confrontational, and her comments made their way into Chauvin's trial on Monday.

Judge Cahill, in response the Chauvin's attorneys stating their belief that Waters' comments could be cause for a mistrial, said that he did believe her remarks would be grounds for an appeal.

Minneapolis Mayor Jacob Frey made his belief known that Chauvin should be found guilty, and now, so has the sitting US president. In the lead-up to the trial and during it, the White House had said that they intended not to interfere in the verdict, or to get ahead of the judicial process.

They clearly believe that Biden's waiting until the jury was sequestered for deliberations did not constitute interference in that process. It could certainly be argued otherwise.