BREAKING: Rumble moves headquarters to the free state of Florida

"Moving to Longboat Key is a win-win for Rumble and the Sarasota community," Rumble CEO Chris Pavlovski said. "Sarasota County is growing rapidly, and we are excited to be part of the growth. 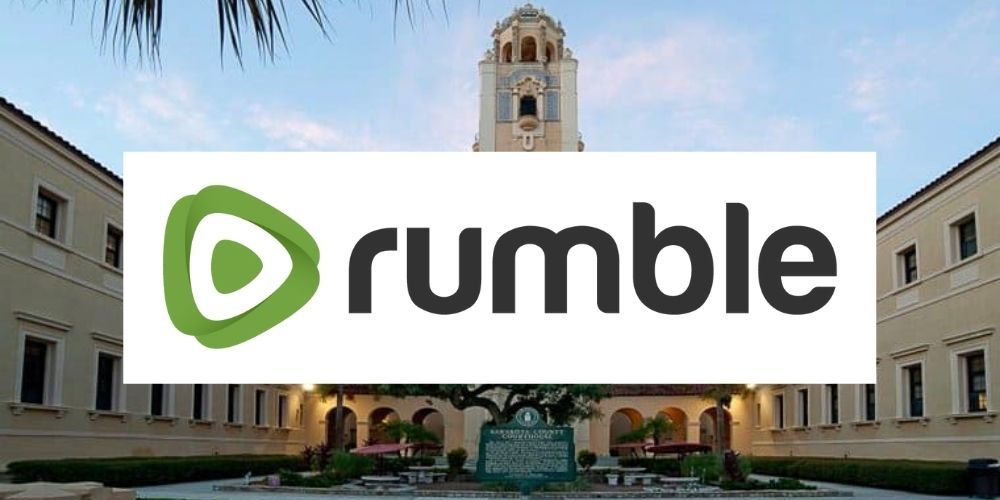 Toronto-based video platform Rumble has announced that it would be establishing a US headquarters in Sarasota County, Florida.

The website, which is popular amongst conservative audiences, provides a service similar to YouTube, in which video creators can host, manage, distribute and create feeds and monetize their content.

Rumble has singed a lead for a Longboat Key property in Florida, according to a press release obtained by the Sarasota Herald-Tribune.

A representative of the Economic Development Corporation of Sarasota County reportedly stated in a County Commission meeting last week that a Canadian company would be coming to Longboat Key, but did not reveal the company's name at that time.

"Moving to Longboat Key is a win-win for Rumble and the Sarasota community," Rumble CEO Chris Pavlovski said in a press release. "Sarasota County is growing rapidly, and we are excited to be part of the growth."

"We plan to fill 20-25 new positions in Florida immediately for our US headquarters," he continued, "with many more planned for the future. This move positions us to continue providing a platform to content creators without the threats from big tech monopolies. We are excited to invest in Florida in the coming years while we continue to grow Rumble."

Rumble reportedly chose Sarasota County because of the area's "friendly business climate," its close proximity to Tampa, and the potential for future development, according to the press release.

"We are thrilled to welcome Rumble to Florida, and we support its mission to promote free expression and stand up to Big Tech censorship," Florida Governor Ron DeSantis said of the move. "Over the past year, we have seen businesses flock to Florida from across the country because, as long as I am Governor, our state will be free and built for opportunity. We wish Rumble all the best in their endeavors in Florida, and we look forward to watching their success."

The company has reportedly signed a five-year lease for an 8,400-square-foot facility in Longboat Key, according to the Sarasota Herald-Tribune.

Vice president of business development services for the EDC, Erin Silk, said last week that the Rumble is committed to creating 165 new tech jobs in Sarasota County over the next five years.