The attack comes as tensions rise at a pro-abortion protest on the streets of Seattle. 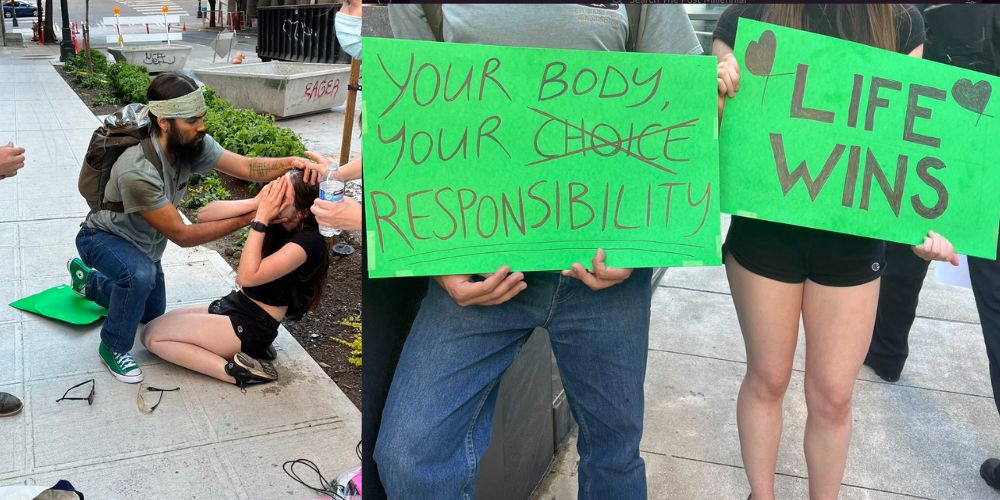 A young pro-life woman was attacked Friday night in Seattle amidst violent protests over the overturning of Roe V Wade.

The Post Millennial's Katie Daviscourt reported from the Seattle protest and captured the attack on video, showing the woman was pepper sprayed and tackled to the ground by Antifa militants.

The woman was joined by another pro-life advocate and the two had been carrying signs that read "your body, your responsibility" and "life wins."

The attack comes as the Seattle protest escalated into violence. Earlier in the evening, Daviscourt reported that thousands were gathered outside Seattle's Federal Building.

Prior to the pepper spray attack, a militant protestor can be seen trying to deploy pepper spray on the same pro-life counter protestor but the spray misfired.

The Antifa group broke windows of nearby nearby buildings and adjoining protest groups began to coalesce with the main protest group downtown.

The woman in question was approached by The Post Millennial's Katie Daviscourt prior to the attack. Daviscourt asked what she thought about the overturning of Roe V Wade and the woman responded, "I think it should be up to the states."