A spokesperson for Six Flags Great America said that three people were injured when shots were fired from a single vehicle that immediately drove away from the scene. 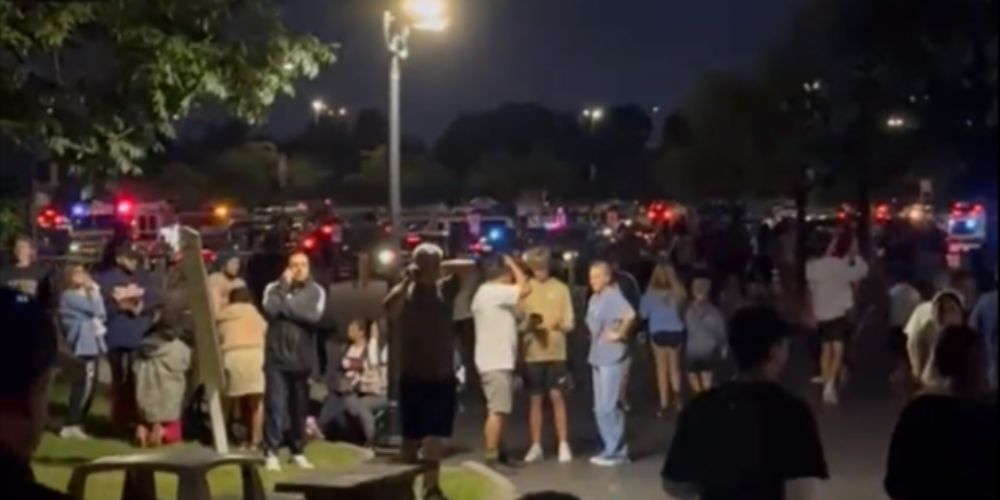 Police responded to Six Flags Great America in Gurnee, Illinois, on Sunday following a shooting at the amusement park, according to local outlets.

According to the Gurnee Police Department, a white sedan entered the parking lot and drove toward the entrance to the amusement park. Several suspects got out of the car and began firing toward a person in the parking lot.

The Gurnee Police Department told Fox News, "The shooting this evening was not a random act, and appeared to be a targeted incident that occurred outside the park. This was not an active shooter incident inside the park."

A spokesperson for Six Flags Great America told a local NBC affiliate that three people were injured when shots were fired from the vehicle that immediately drove away from the scene.

A 17-year-old boy from Aurora, Illinois, and a 19-year-old woman from Appleton, Wisconsin, were taken to the hospital for evaluation. Another person declined treatment and the park closed early for the night.

CBS also reported that police had taped off an area surrounding four vehicles that remained in the parking lot.

Video from the scene showed a massive response by first responders including police and ambulances while attendees left the park. Other videos showed police entering the park.

In one video allegedly from the scene, parkgoers can be seen cowering behind dividers while in line for a ride.

Attendees posted on social media that the amusement park was put on lockdown shortly before it was scheduled to close.

According to NBC 5, the Lake County Sheriff's Department is assisting Gurnee police as well as other area police departments.