"There's no one more fearful and desperate in the world than Justin Trudeau of Canada," Carlson said. 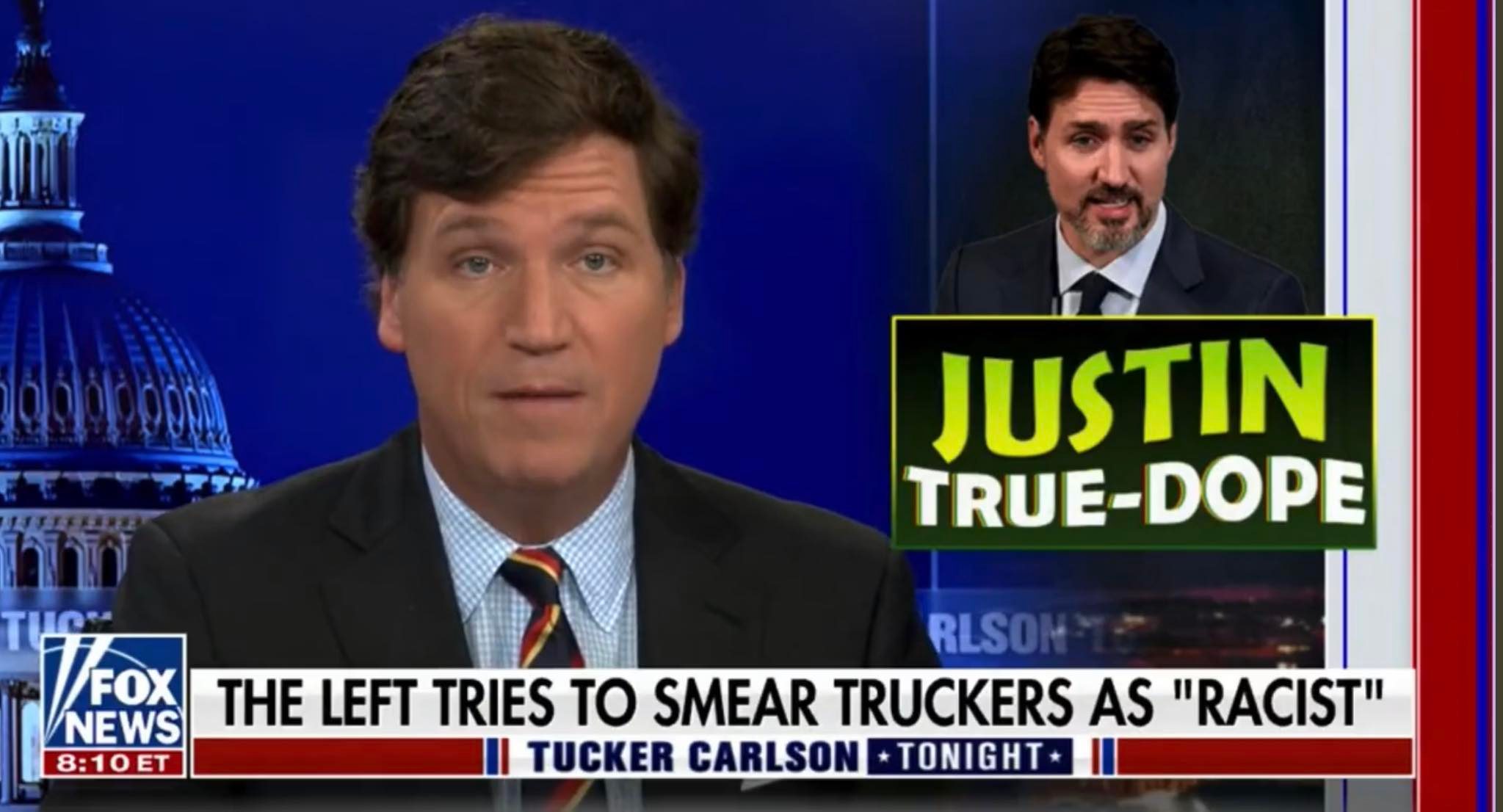 Canadian Prime Minister Justin Trudeau was the subject of Tucker Carlson's ire on Monday night, after a weekend where the Canadian head-of-state isolated, quarantined, absconded to a secret location, and then blasted the working class truckers who brought their Freedom Convoy to gridlock the streets of Ottawa.

"There's no one more fearful and desperate in the world than Justin Trudeau of Canada," Carlson said.

"Trudeau has systematically COVID to short circuit democracy in Canada and to end organized Christianity there Canadians can no longer travel freely within their own country," he said after slamming Trudeau for his Covid restrictions.

The truckers want freedom, as do most Canadians according to a recent poll, and they want it now. The truckers, giving voice to those who are sick and tired of Covid-inspired restrictions and vaccine mandates, gathered in the capitol over the weekend. Trudeau, his Liberal party, and Canada's state-run press did everything they could to discredit the truckers and their purpose.

Tucker walked through the floundering reporting of the CBC, which claimed that "Russian actors could be continuing to fuel things," or even instigating the Freedom Convoy.

Media and members of Trudeau's liberal party falsely claimed that the truckers were white supremacist, fuelled by hate, but nearly every instance of footage coming out of the protest shows remarkably peaceful people waving Canadian flags, honking horns, and demanding freedom.

Carlson went on to mock Trudeau for his penchant for playing dress-up, including numerous instances of blackface.