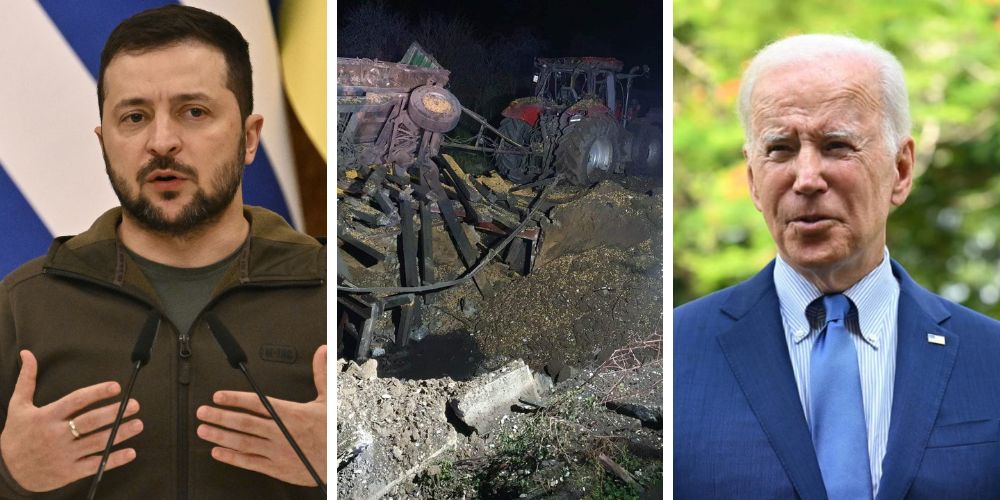 Ari Hoffman Seattle WA
Nov 16, 2022 minute read
ADVERTISEMENT
ADVERTISEMENT
A new report claims that a Russian-made missile that fell in Poland on Tuesday killing two people in Przewodow, a village in eastern Poland near the border with Ukraine, may have been fired by Ukrainian forces.

The Associated Press cited “three US officials” that spoke on condition of anonymity “because they were not authorized to discuss the matter publicly” who said that preliminary assessments suggested that the missile was fired by Ukrainian forces at an incoming Russian missile to defend against an attack on Ukraine’s electrical infrastructure.

Earlier Tuesday the Pentagon said, "We have no information at this point in time to corroborate the press reports regarding allegations of a Russian missile strike on Polish territory."

Russia has denied any involvement in the explosion in Poland.

Ukrainian President Volodymr Zelenskyy called the blast “a very significant escalation.” He added, “We need to put the terrorist in its place. The longer Russia feels impunity, the more threats there will be for everyone within the reach of Russian missiles.”

In response to the original report, Biden, who was awakened overnight by staff with the news of the explosion, called an emergency meeting of G-7 and NATO leaders at the Group of 20 Summit in Indonesia as a deliberate attack on a NATO member could trigger a military response by the 30-nation alliance.

Additionally, the Polish government raised its level of military preparedness and launched an investigation which Biden promised to support. According to the AP, Polish Foreign Minister Zbigniew Rau “demanded immediate detailed explanations,” from the Russian ambassador. He added that Russia fired at least 85 missiles, most of them aimed at the country’s power facilities, which blacked out many cities.

The Polish Foreign Ministry originally identified the missile as being made in Russia, but President Andrzej Duda said it was “most probably” Russian-made but that its manufacturer was still being verified.

According to the AP, “NATO Secretary-General Jens Stoltenberg called the meeting of the alliance’s envoys in Brussels” and “the UN Security Council planned to meet Wednesday for a previously scheduled briefing on the situation in Ukraine.”

In their statement, Poland suggested they were not treating the missile blast as an intentional Russian attack and instead called it a “tragic incident.”
ADVERTISEMENT
ADVERTISEMENT
Untitled_design_-_2022-11-15T224525.488