“The mayor, the city council, and the city staff must continue to move forward without distractions. I feel this is the best decision for Uvalde," Arredondo said. 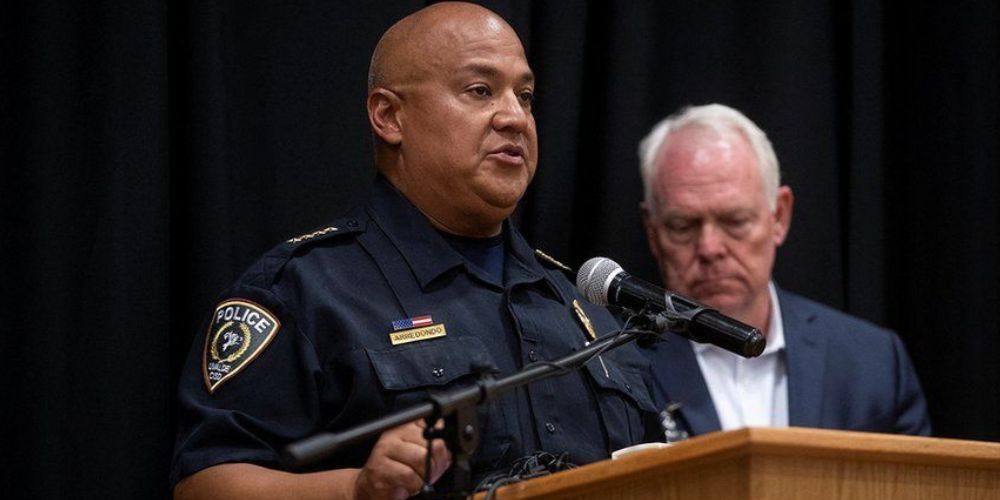 Uvalde School Police Chief Arredondo has officially resigned from his position on the Uvalde, Texas City Council this afternoon saying, "After much consideration, I regret to inform those who voted for me that I have decided to step down as a member of the city council for District 3."

Arredondo was elected to Uvalde City Council on May 7th, 2022 just days before the massacre at Robb Elementary School in which gunman Salvador Ramos killed 19 children and two teachers.

“The mayor, the city council, and the city staff must continue to move forward without distractions. I feel this is the best decision for Uvalde," Arredondo said.

Arredondo steps down from his city council role while being on administrative leave as Uvalde School District Police Chief.

Human Events host Jack Posobiec claims the resignation is not enough and that Arredondo should be in jail saying, "Not good enough. Needs to be behind bars."

77 minutes passed between Ramos entering the school and a border patrol agent rushing into the school to shoot the gunman. Police waited outside while children inside of the school called 911 and begged for help. At least two children bled out from wounds that were treatable had help had arrived sooner.

When Chief Arredondo arrived on the scene, he forgot his radio, and tried in vain to find a master key to the doors of the classrooms from a safe distance. Arredondo said he spent over an hour in the hallway of the school trying dozens of keys from a custodian.

Arredondo did not try any keys for individual rooms where the shooter or children might be, rather he spent a prolonged period of time hunting for a master key and trying various keys at an access location far from the shooter.

Arredondo has said he instructed his officers to stay away from the classroom doors to avoid getting hurt by gunfire, and to wait for tactical gear, a sniper, and more keys to try before taking action.